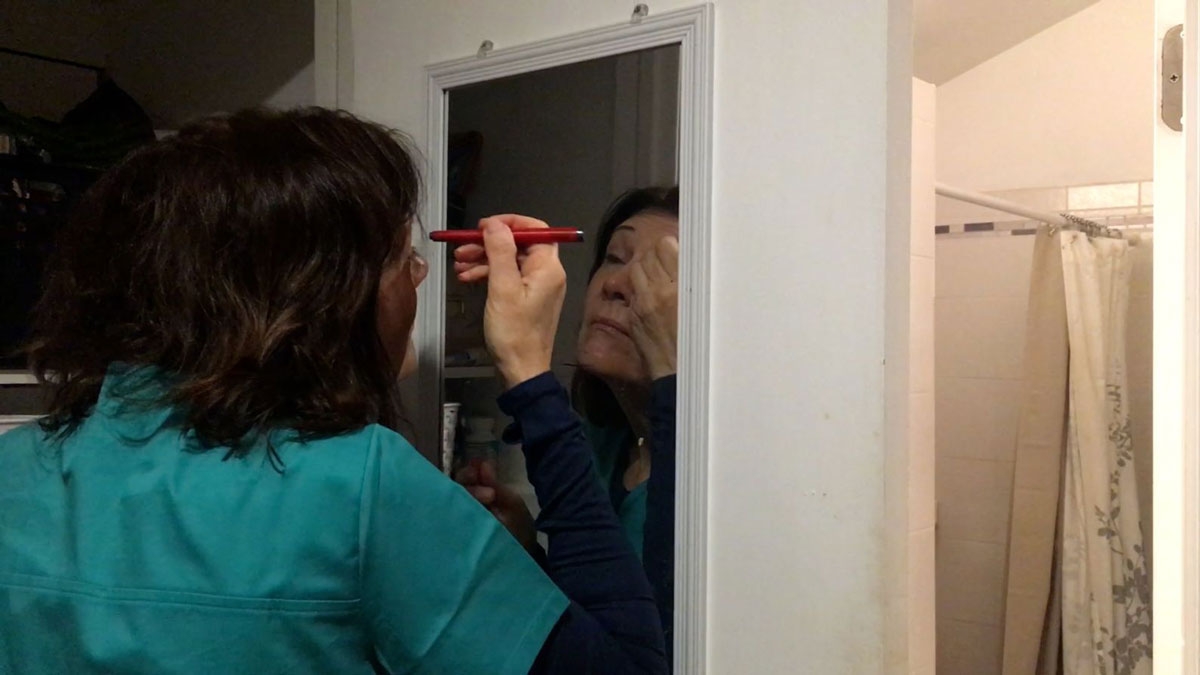 When COVID19 interrupted Doug Swift’s course, the photojournalist and visiting assistant professor found that new opportunities for his students were as close as their living rooms.

In a “Between Coasts” article, Swift notes, “I hit my turning point when I heard Dr. Amy Acton, the director of the Ohio Department of Health, say that there’s a grieving element to what we were all going through. We have to let ourselves feel that. So I took a moment to grieve the lost contact with my students, the end of the projects we had underway, the end of what I had planned to accomplish this semester.”

“Then I felt the possibilities provided by narrative journalism. What if we all just documented life at home during Covid-19? This would be video documentation; students could just use their phones.

“It’s a testament to the practice of narrative journalism that it is so adaptable to any situation.”

“I introduced the idea of verite technique, to just record what is happening. to film, film, film. We’ll structure the story later.

“Yes, Jen Clancey ’23 did have to leave an amazing story in Ohio. But back home in New Jersey, her mother is a nurse practitioner in a Covid-19 hospital unit. Jen has already edited a scene of her mom preparing for work in the pre-dawn morning that is deeply affecting.

“It’s safe to say every student in this class has found a story at the home front of this pandemic. After a few weeks of filming, it struck me that it would be a constructive exercise for them, before they begin the work of crafting their mini docs, to select a screenshot from their stash of footage that is in some way representative of their project.

“It also struck me that such a collection of images would have general interest. Students from a liberal arts college like Denison University come from across the country and around the world, and across the socio-economic spectrum.

“Here is a first glimpse of work by students who are profoundly “off the hill,” who are documenting a historic moment in time in images both quite ordinary, and quite extraordinary.”