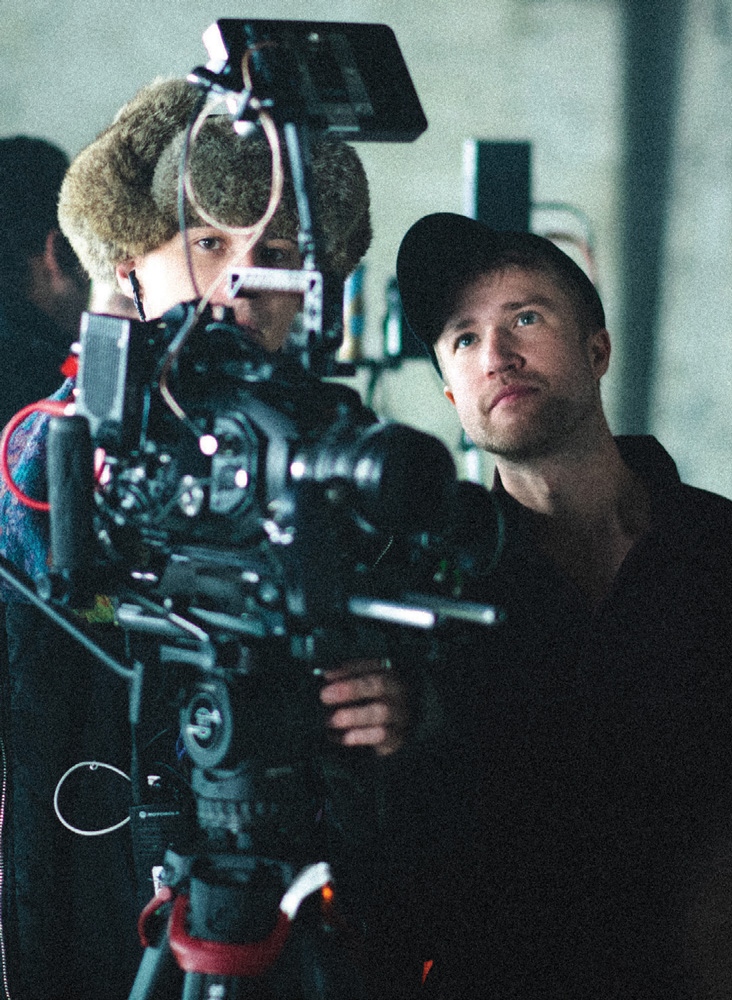 When Ori Segev ’14 was a cinema major at Denison, he would submit his class projects under the name “Loose Films.” Back then, it was the dramatic flourish of a freshman with big dreams. Today it’s the name of the Columbus-based film production company Segev founded with three other Denison alumni: Noah Dixon ’14, Brett Reiter ’14, and Drew Johnson ’14. Loose Films’ first feature-length movie, Poser, made its world premiere at the Tribeca Film Festival last year and will be released in theaters this spring.

The company got its start in 2014 when Segev, now Loose Films’ co-creative director, got a credit card and bought a camera. “Our goal was always to make a feature film,” Segev says, “but we were also building a company to be able to sustain ourselves as we got there.” The scrappy startup did “pretty much everything,” says Reiter, Loose Films’ development director. The team produced short films, music videos, documentaries, branded content and commercials, all while building a company. “The key theme is that we weren’t sure what we were doing, but we did it anyway,” says Reiter of the early days.

With all that filmmaking experience, by the summer of 2019, they felt ready to tackle a feature-length project, says Dixon, Loose Films’ other co-creative director. Dixon pitched a movie based on the Columbus music scene, a world the four knew well. (Columbus didn’t have a large filmmaking community when they decided to establish Loose Films there — mostly by default; the rent was affordable — so the friends immersed themselves in the wider arts community.)

Dixon’s script tells the story of the fictional Lennon Gates, a wannabe musician on the fringes of the underground music scene. Gates starts a podcast to get closer to the artists she admires, but her interest takes a turn toward obsession. The movie was filmed in the atmospheric music venues of Columbus and the city’s bands provided its soundtrack. Musician Bobbi Kitten even stars as a fictionalized version of herself in the film.

Like much of Loose Films’ early work, the effort was an enthusiastic experiment. “This was our first film ever and for everyone else who worked on it it was their first feature film, too,” says Johnson, Loose Films’ executive producer. The company largely self-funded the undertaking, producing the film for under $1 million, and relied on the talents of friends, among them several other Denison alumni, including cinematographer Logan Floyd ’16, visual effects artist Ryan Walpole ’14, musicians Joey “Aich” Holbert ’16 and Andrew Marczak ’14, and Michael Vawter ’14, who appears as one of Gates’ podcast interviewees.

The movie wrapped just before the pandemic, and the team spent most of 2020 editing the footage. Poser was selected to participate in The Gotham Film & Media Institute’s Narrative Labs program, which assists promising first-time directors, and it has since been accepted into more than a dozen film festivals, where it has earned honors such as Best Narrative Feature at the Nashville Film Festival and Best International Feature at the Nordic International Film Festival. 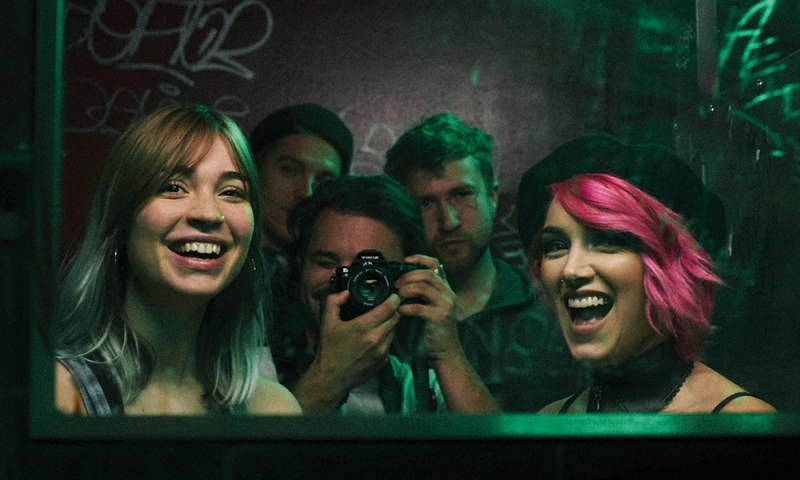 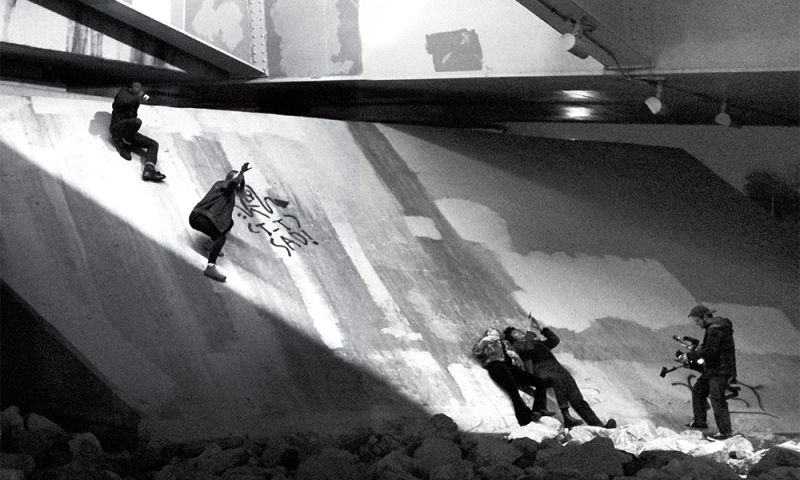 In June 2021, the movie made its world premiere at the Tribeca Film Festival, one of the first major festivals to return to in-person screenings. Despite the pandemic precautions, which included showing the film outside in Manhattan on a chilly spring evening, “it was all very exciting and overwhelming,” says Johnson. And the reviewers felt the same way about Poser. “Poser is an auspicious debut,” wrote Indiewire. “Oddly beautiful, absurdly compelling, and even freakishly watchable,” said Variety.

Loose Films is now working with its distributor Oscilloscope to prepare for Poser’s spring 2022 theatrical debut — making a trailer, designing movie posters and pressing a vinyl record of the homegrown soundtrack. Segev and Dixon have signed with talent agency WME.

“I don’t think we ever thought of all this happening,” says Johnson. “Our goal was to make a movie to help us make the next movie and the next movie after that.” Another script is already in the works.