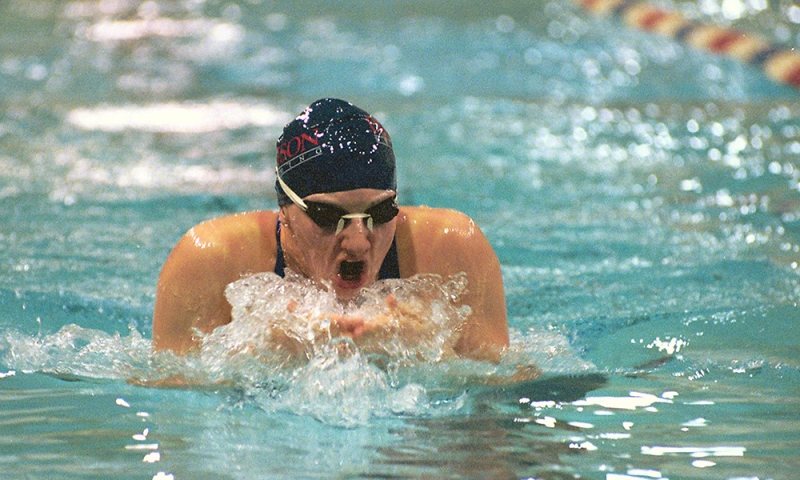 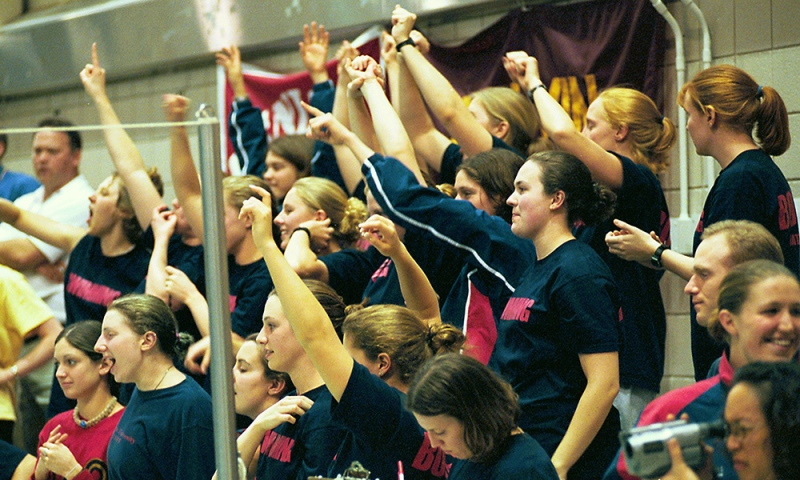 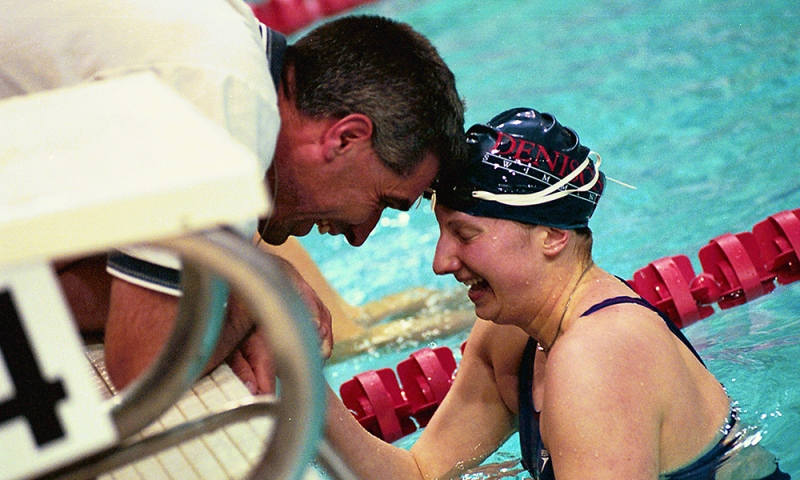 At the start of the 2000-01 women’s swimming & diving season, Katie Sprague ’01 was a senior and Mollie Parrish Zook ’02 was a junior. With several seasons at Denison already behind them, what felt different this time around?

“There wasn’t anything drastically different,” Zook says, “except for the fact that, that season, we all truly believed in what we were wanting to do. We believed in the process, and we were committed to doing what we needed to do to make it happen.” What they wanted was a national championship.

The moment came in March 2001 in Buffalo, New York. The Kenyon College Ladies had won the NCAA Division III National Championship for the past 17 years — and, by a small margin, they’d bested the Big Red weeks earlier at the North Coast Athletic Conference Championships.

But that weekend, it was Denison’s turn. From the first event to the last, the meet was magical. “Everything just kept snowballing,” Zook recalls. “We started out with a winning relay, and at the end of that first evening, we had broken a national record, by a lot. We just kept going. It was like, every time you turned around, somebody did their job, somebody had a great swim or had swum a lifetime best.”

Sprague says, “It was like this train that nobody could stop.”

Heading into the 400-yard freestyle relay, the final event, the Big Red women knew that, as long as they weren’t disqualified, they’d win the meet. “I remember the last person dove in the water and we knew they had not false started,” says Zook. “I was standing next to Amy DeVito [’01], and we were just like, ‘Oh my God. We did it. What do we do now?’”

The relay team scored a safe second place finish. Denison recorded 588 points to claim the crown; Kenyon was second with 572 points. The Big Red women were the first Denison team in any sport, male or female, to win an NCAA Division III national championship.

“It was every positive emotion you can think of,” Sprague says. “It’s so hard to put into words because it was a long time coming. There was also this very competitive part of me that was like, ‘Finally. We knew we could do this, and we did it.’”