The day his son, Duke, received a diagnosis of severe autism, Christopher Male ’04 was stunned, confused—and determined to do whatever it took to help his child.

Duke had gone from being a happy, typically developing toddler to one who wouldn’t speak, make eye contact, or even acknowledge the presence of his parents or siblings — clear symptoms of autism spectrum disorder, or ASD. But like most people, Male and his wife, Sommer, knew next to nothing about the condition, so the developmental pediatrician’s diagnosis came as a complete surprise. It also came without a roadmap, which meant that the couple was left to deal with the situation pretty much on their own.

“I went into fight mode,” says Male, who temporarily set aside his career as a successful investor to devote himself full-time to finding Duke the help he needed. Male’s fight for answers eventually led him to found the Autism Impact Fund (AIF), where he is pioneering the use of venture capital — the same high-risk, high-reward investment strategy that has driven innovation in areas from biotechnology to food delivery, while reaping huge returns for startup investors — to make life better not just for Duke, but for everyone who lives with ASD.

Male and his co-founder, Brian O’Callaghan ’90, launched the AIF in 2020. They aim to raise $100 million to invest in startups that are developing novel diagnostics, therapeutics, and services for the autism community. As of this writing, Male and his team have invested in nine companies — with more in the pipeline — that are trying to upend the status quo for diagnosing, treating, and living with ASD. And they are partnering with nonprofits, academic institutions, and government agencies that share their broader goals of expanding access to care and improving quality of life for those with the disorder.

“We want to be the investment and innovation arm of the autism community,” Male says. 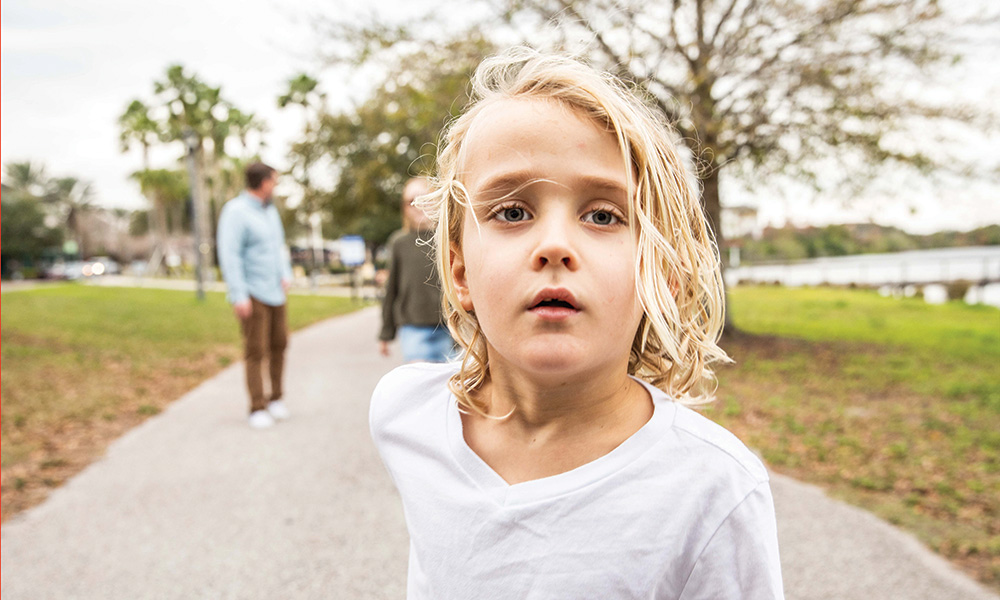 When Chris Male’s son, Duke, was diagnosed with autism spectrum disorder, Male temporarily set aside his career as a successful investor to devote himself to finding his son the help he needed. Male’s fight for answers eventually led him to found the Autism Impact Fund.

For nearly a decade, Male, together with his uncle Rip Gellein ’69, ran his family’s private investment office in Winter Park, Florida, making venture capital and private equity investments in a variety of tech-enabled businesses. He also founded and led a venture fund dedicated to the legal cannabis industry that includes Willie Nelson as a partner.

In short, Male, who holds an MBA from Case Western Reserve University, was well-educated, well-connected, and well-resourced. Yet even for him, finding help proved to be an ordeal.

ASD is a neurodevelopmental disorder that causes significant problems with social, emotional, and communication skills. People with severe forms of ASD may require a good deal of help in their daily lives, and even people with milder forms face challenges that persist into adulthood. Caring for and living with a child or sibling on the spectrum can be overwhelming. And families are often left to navigate a complex and confusing health care system on their own.

“It was, ‘Here’s a sheet of 100-plus therapists. Good luck.’ I was like, ‘No, no, no! What do I do?’” recalls Male, who eventually got Duke into a good program by going outside of his insurance plan and paying out of pocket.

The CDC estimates that one in 54 children, or approximately 2 percent of all kids, have ASD. Male found himself lying in bed at night wondering how many of them were falling through the cracks — particularly those whose families lacked resources.

While the federal government spends hundreds of millions of dollars every year on autism-related research, there are as yet no medical tests to diagnose ASD or medications to treat its core symptoms. Getting access to high-quality behavioral therapy designed to improve social and communication skills can be difficult and expensive. And while ASD affects all racial, ethnic, and socioeconomic groups, there are stark disparities in care. Studies show that Black and Hispanic children are more likely to suffer from undiagnosed autism than white children, and their diagnoses typically take place much later, delaying treatment for a disorder in which early intervention is considered essential. 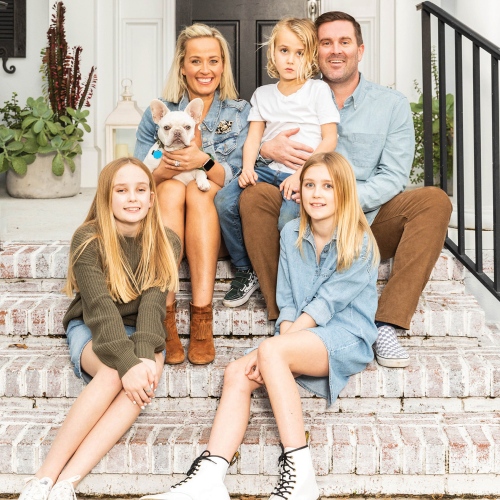 Duke had gone from being a happy, typically developing toddler to one who wouldn’t speak, make eye contact, or even acknowledge the presence of his parents or siblings — clear symptoms of autism spectrum disorder. But like most people, Male and his wife, Sommer, knew next to nothing about the condition, so the developmental pediatrician’s diagnosis came as a complete surprise.

Life only becomes more difficult for many on the spectrum as they age out of the K-12 school system. (Federal law guarantees special education and related services for children with developmental disabilities until the age of 21.) The CDC estimates that approximately 5.5 million Americans over the age of 18 live with ASD, and research indicates that adolescents and adults with the disorder suffer from high rates of unemployment, low rates of participation in higher education, and social isolation.

“I was like, ‘How in the world are people surviving? I have all the tools to do this, and I can barely figure it out. Most kids don’t stand a chance, let alone their siblings or parents.’ In the middle of the night, I changed as a person,” says Male, who decided to put his financial acumen to work helping the autism community at large.

“Chris could just have focused on Duke,” says Haleh Tavakol, executive director of the Autism Partnership Foundation, which shares the AIF’s goal of broadening access to care for those on the spectrum. “But he chose to make a difference.”

The opportunity to effect large-scale change came through O’Callaghan, who introduced Male to a group of ultra-high-net-worth individuals with kids or siblings on the spectrum — individuals who had grown frustrated with the lack of progress in dealing with ASD.

The group Male met — among them some of the biggest names in Silicon Valley, private equity, and biotech — wanted to use venture capital to improve early diagnosis and treatment and expand access to care. What they lacked was someone with the skills and expertise to make it happen. And from the moment he heard about the idea, Male knew that person was him.

By the end of 2020, Male had a team in place and was identifying investment opportunities that could accelerate innovation on behalf of the autism community while generating healthy financial returns.

The AIF focuses on three main buckets of investments: diagnostics, services, and therapeutics. Recent investments include BioROSA Technologies, a biotech firm that is working on a rapid and reliable blood test for ASD; Auticon, an international IT firm that employs people on the spectrum as consultants; Floreo, a startup that uses virtual reality to teach social and communication skills to people with ASD and related disorders; and Axial Therapeutics, a company that develops drugs to treat autism and other neurological disorders.

Including companies whose reach extends beyond autism provides an attractive risk-return ratio for the fund’s investors. Male estimates that the market for autism-related products and services alone is worth $350 billion, but many of the companies the AIF is backing could tap into the broader medical and mental health markets as well.

Yet along with having the potential to generate a great deal of money, every investment the fund makes also holds the promise of increasing the quality of care available to people on the spectrum while democratizing access to it.

Early in his career, Slattery helped conduct research into the biological basis of autism with some of the leading scientists in the field, one of whom developed a panel of biomarkers that now serve as the basis for BioROSA’s ASD test. The company uses machine-learning algorithms to analyze the biomarkers in an individual’s blood and generate a risk score that can predict whether that person has ASD.

Initial results show BioROSA’s method to be more than 90 percent accurate, and the company plans to launch a pilot study later this year that will compare the effectiveness of its blood test to that of the lengthy and complex behavioral evaluation that experts currently use to diagnose ASD.

If BioROSA’s biomarkers and algorithms can match the current gold standard, the implications for the autism community could be far-reaching. Research suggests that a behavioral diagnosis can be made as early as 18 months, and that interventions such as speech therapy, occupational therapy, and social skills training, which can reduce symptoms and improve daily living skills, should begin as early as possible. But the existing diagnostic system is plagued by delays: It can take up to a year just to secure a referral for behavioral testing, and the wait lists at most developmental testing centers are months long. As a result, most children aren’t diagnosed until they are between 4 and 5 years old. And the process can take even longer for disadvantaged families and people of color.

Using BioROSA’s approach, however, any child could potentially be diagnosed with a simple blood draw at 18 months or even earlier, jumpstarting the treatment process.

Yet finding the money to bring the company’s technology out of the lab and into the real world was not easy. Some of the investors that Slattery initially approached didn’t feel that diagnostics were as compelling as therapeutics, while others didn’t appreciate the size of the potential market. (The prevalence of autism in the United States has tripled since 2000 for reasons that are not entirely clear — but that most likely include genetic and environmental factors, increased awareness, and better reporting.)

The AIF, on the other hand, picked BioROSA as one of its first early-stage investments, taking a seat on the company’s board and helping to attract additional capital. “The Autism Impact Fund is going to be nothing but a boon to the autism ecosystem,” says Slattery, who hopes that more entrepreneurs will enter the space now that an early-stage supporter like the AIF is on the scene.

“Imagine being able to create an opportunity to help your child in life, and significantly help millions of other children and families.”

Similarly, the AIF is working in mutually beneficial ways with nonprofits such as the Autism Partnership Foundation, which conducts research on behavioral interventions and trains and certifies people to administer them.

Tavakol, for example, is hopeful that Male and his team can help bring the foundation to the attention of potential donors who can help the organization scale up its efforts to bring effective and empirically supported behavioral therapy to more people on the spectrum. At the same time, partnering with nonprofits such as the foundation allows the AIF to further develop what Male calls the “autism ecosystem”: a network of researchers, entrepreneurs, investors, and advocates that can generate the ideas, commercial opportunities, and funding required to produce impactful and profitable advances for the autism community.

“We don’t pretend that we can do it alone,” he says.

Male is unabashed about the AIF’s objective of generating high returns and unapologetic about his belief in capitalism as a means of fueling innovation. But for him, the fund is ultimately a tool for helping people on the spectrum develop to their full potential and live successful, healthy, and happy lives.

“Imagine being able to create an opportunity to help your child in life, and significantly help millions of other children and families,” he says. “I couldn’t imagine a better dream job than this.”