Listen to “The Telling”

This poem first appeared in Raritan and will be reprinted in Whale Fall (W. W. Norton, July 2022). David Baker retired from Denison in May 2021 after 38 years, though he continues to teach two spring semester courses each year. Baker will give a public reading from his new book October 8, 2022 at Denison.

Read on, or listen now:

The Myrdalsjokull glacier covers about 230 square miles in southwestern Iceland, just north of the coastal village, Vik. In 2015 I traveled to Myrdalsjokull with my partner Page and my daughter Katie. It is awesome, ancient, massive, covered in places by volcanic ash, and began forming about 100,000 years ago. Glaciers grow and shrink naturally; but like most glaciers around the globe—from pole to pole—this one is currently in a phase of dramatic recession from the ravages of climate change.

Myrdalsjokull provides the backstory of my poem “The Telling.” I’ll take you through a bit of my process in writing it. But I should warn you: a poet may not be the best analyst or explicator of his poems. As I suggest to my students, it’s enough that the poet writes the poem, and it should stand as the poet’s best explanation. As for analyzing it, that’s really the readers’ prerogative. 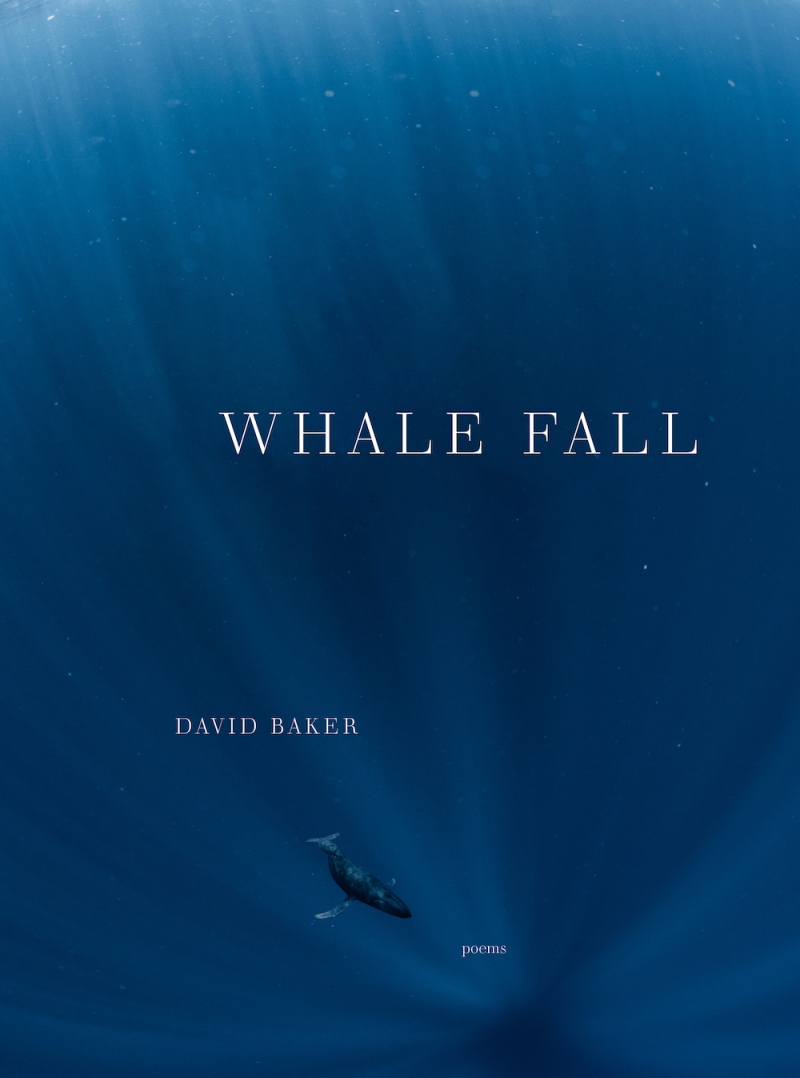 But I’ll try. This poem is about Myrdalsjokull. It is, though, more largely based on my gnawing concern about our ecosystem. Nature is our home, our oikos, and we have done great harm to it, and to ourselves, and we show little sign of repairing the damages in any substantial way. “The Telling” is the first poem in my new book of poems, Whale Fall, to be published this July by W. W. Norton. Much of the subject and strategy of the whole book is my attempt to express some of my grave concern for the environment, and some of my abiding awe at its inexpressible richness and magic.

When I started drafting this poem, I had in mind something like a sonnet—fourteen lines, perhaps ten syllable per line. While that form is still visible, the language and structure of the poem started to melt as I revised—from the inside, in both form and syntax. In fact, I found I didn’t need fourteen lines but ten or eleven; when I realized that, I also realized the opportunity suggest by this diminishment. The poem kept getting smaller.

I did not intend to write a poem that “looked like” a glacier. In fact, I am rarely convinced by concrete poems—poems in the supposed visual shape of their subject matter. But I did purposely translate the action of glacial melt to the materials of the poem, its syntax, its rhetorical form, its body. It was pure happenstance that the longest line—by far, the line with the highest number of characters—was the first line, and before long I could see a crevice growing, a medial caesura (okay, that’s poetry talk), and the tactical opportunities of melting—from within. In fact, line seven, near the middle, is a shrunken line with nine instead of ten syllables. So I also begin to let the syntax and phrasing slip and slide. One clause may be not quite finished where the next clause picks up. You’ll probably detect a few of those spots.

The point was to find ways to let the subject of the poem suggest not the concrete form but some of the more interior tactics. Slippage. Melting. Shrinking. The point was to let the glacier’s movement and dissolution show me to ways to enact those things in the poem’s own movement.

Beyond that? I wanted to represent a large span of history—epochal—in the short span of eleven lines. I wanted to stare at the sorrow of global warming and still hear, beyond that, something singing within an even longer concept of time, history, and recurrence. I wanted to write something that mattered and that was, at the same time, beautiful. Aren’t those the two most ancient and telling aspirations of poetry?