Generations of Denison volunteer firefighters remember running to the station at the foot of college hill and suiting-up for a fast ride with the siren on, in one of the pumper trucks or rescue vehicles gleaming in the four-bay garage. Denison students and professors made up most of the Granville fire department in 1885 when it was first formed, and with the tallest buildings in the township, Denison has always had a serious stake in its success. 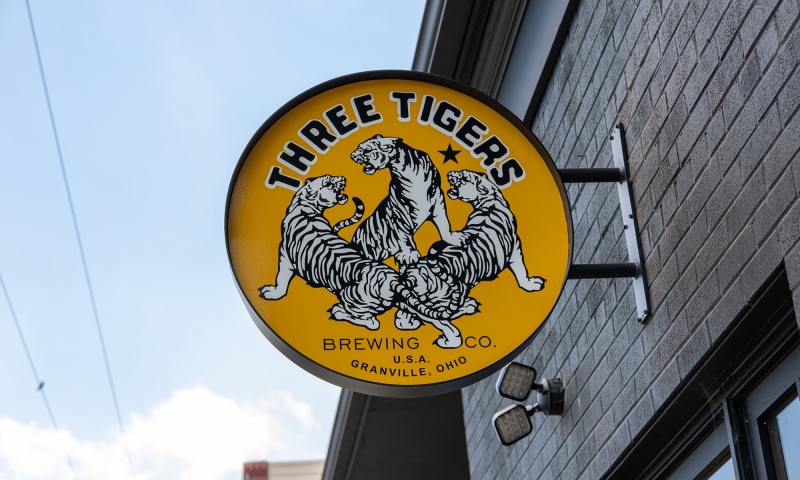 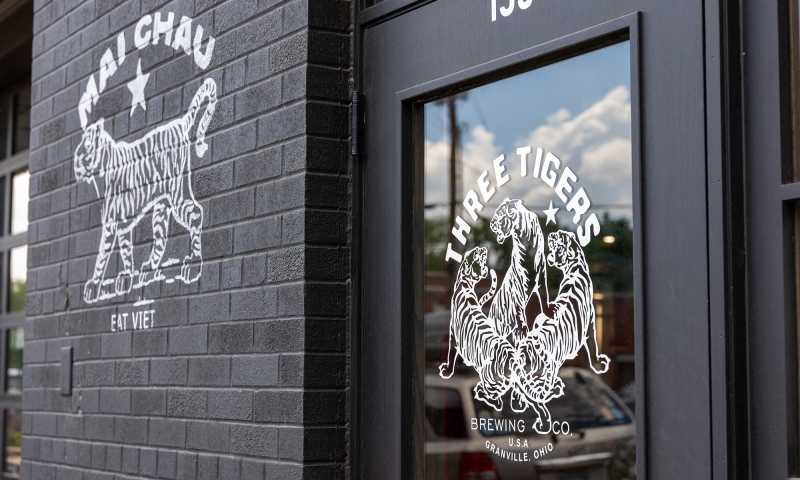 A few years ago, the fire crew moved to a large new station on South Main Street in November 2020, leaving all that square footage on North Prospect for life enhancing instead of life saving.

Three Tigers Brewing Company and Mai Chau restaurant were already across the street, in the space that was formerly Del Mar, and before that, Granvilla Pizza. It started with the Mai Chau food truck in 2013, the inspiration of Scott Wilkins after two years teaching in VietNam with his wife Ashley. Viet-style street food from the truck was as popular back home as he thought it would be, and by 2015, with the added vision of partners Lonnie Hill and Rick Moller, Mai Chau established a small sit-down restaurant. Very quickly, the three partners acted on a mutual vision of taking it to the next level with a brew pub, and by 2016, Three Tigers Brewing was opened in the adjoining corner space.

The variety of spices and hops has been a big hit, but the quarters were too small to expand, so when the 6,000-square-foot fire house directly to the west became available, the three partners were ready to pounce.

The sight now of gleaming stainless steel brewing tanks from the sidewalk is reminiscent of the well-tended fire trucks, and everything about the new operation more or less triples their former capacity, including seating, staffing, kitchen space, and beer production. On fine days, the large windowed bays are opened to the sun and air just like the fire station used to do. 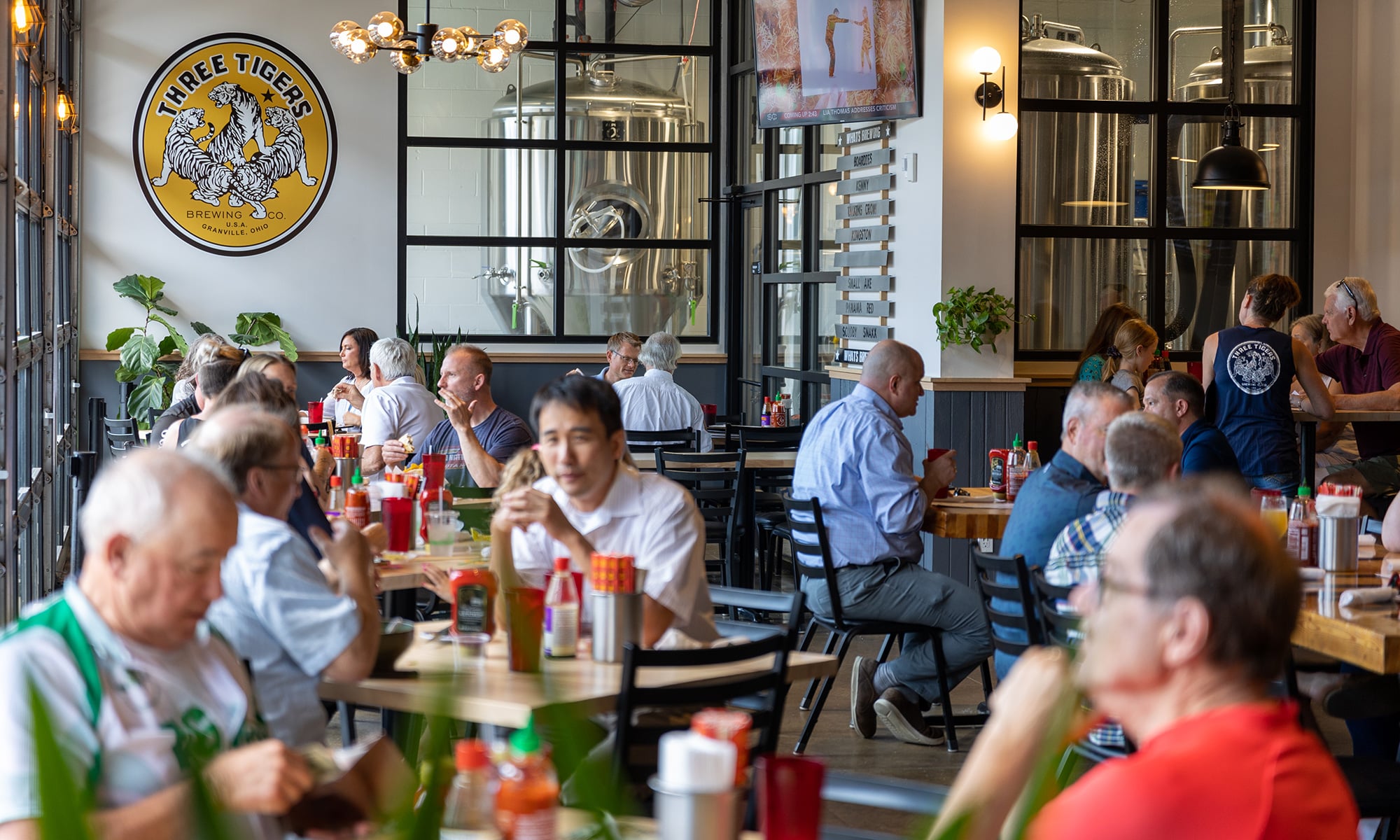