One of the five principles of feng shui tells us to take the commanding position in a room. The seat facing an entry gives you control over your space: You’re the first to see who’s coming, so you’re not taken by surprise. This is a good way to increase your sense of readiness and confidence, which lowers your stress. Good qi will flow.

If you’re an older sibling in the family car or a college senior, “command position” is the time-tested way to display your exquisite and hard-won status over the sad striving of your inferiors. The class of 1905 understood this principle when they gifted the perfect throne to future Denison seniors.

Wanting the best, they hired architects Richards, McCarty and Bulford of Columbus (the firm behind Beth Eden, Stone Hall, King Hall, Burton Hall, Columbus Museum of Art) to design a senior bench from a block of fine-grained hard blue limestone, approximately 2x3x7 from Rumer and Blyth, who ran the Lincoln Stone quarry in Fulton, Ohio. The hefty block arrived at the top of the hill — no small effort — on June 6, 1905, with a bill marked “no charge” because of a mix-up at the quarry with the stone originally selected. Dunzweiler Bros. cut and set the minimalist stone bench into its place, which was for a short time on the south side of Doane Academy, before its auspicious move in front of Talbot Hall, where sidewalks from Talbot’s two entrances met in a perfect curve. Total cost: $72.

Good qi energy flowed for more than 60 years in that spot, aligned with the academic quad’s social flow, pre-Slayter. The bench was iconic during those decades to members of each successive senior class and ambitious underclassmen. The place to see and be seen. The place to meet between classes to hang out, gossip, and complain about assignment deadlines.

It also became a favored spot for fraternity men to “pin” their gals, and other romantic folderol. The stone isn’t as cold as you might think.

When the day came in 1967 to demolish Talbot Hall to make way for Knapp, the 1905 bench was in the way of progress. Having been nudged aside for construction, it never again regained its position or stature.

Today, crowded and downward-sloped across from the chapel walk clock, it’s the antithesis of feng shui. It not only blocks the flow of good energy, it discourages actual sitting.

How many rising seniors does it take to lift a half-ton limestone block and restore the throne to its rightful place? Careful with your fingers. 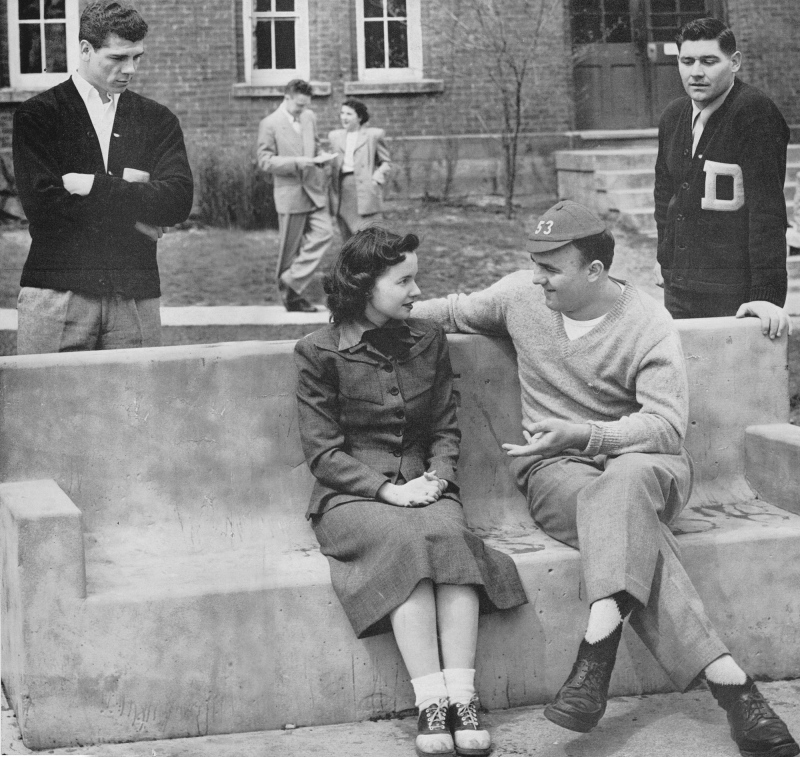 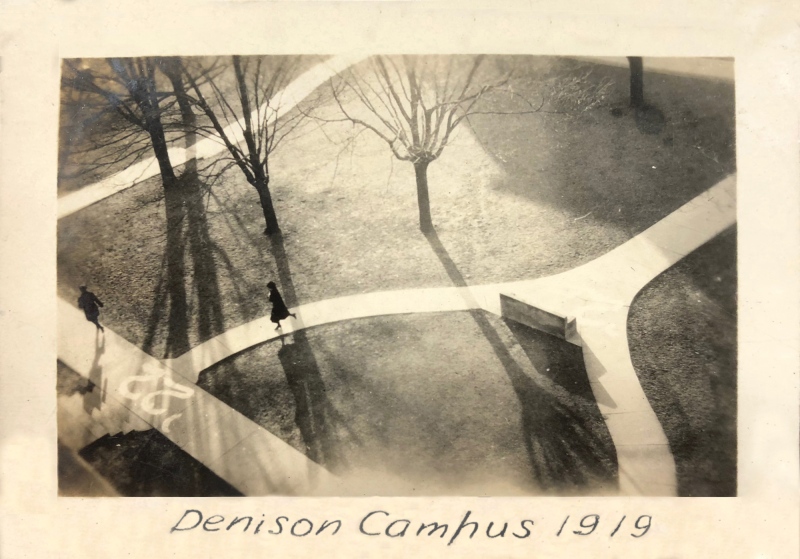