Last winter, the nation held its breath as the FDA began to approve vaccinations—and people across the U.S. began to jockey for their shot at the shot.

At Denison, proactive planning for the vaccine began in early fall. The college’s COVID-19 task force, a talented group of health care professionals, college administrators, and national experts, drew up a detailed blueprint to roll out vaccines to the campus community as soon as they became available.

"Many of our students are going home to cities, states, and countries without the ability to achieve vaccination. We're thrilled that we have been able to help so many students."

Preparations were extensive. Modified facilities meant the campus could serve as a site for storing and administering temperature-sensitive Pfizer and Moderna vaccines. Vaccine education reached employees, students, and families through a campaign that included bold campus signage and a virtual town hall.

The college powered up relationships with state and local health organizations, including The Ohio State University, the Licking County Health Department, and Licking Memorial Hospital.

Three experts in particular, Dr. Peter Mohler, Dr. Alison Norris, and Dr. Abigail Norris Turner, professors at The Ohio State University, provided critical insight and help. In fact, their role became so highly valued that they were each acknowledged with an honorary degree, Denison’s highest recognition, at the Class of 2021 Commencement Ceremonies in May.

The college leaned into long-term partnerships with local health providers. In mid-February, the Licking County Health Department contacted Denison with a surprise late-afternoon offer of approximately 150 doses of the Pfizer vaccine to be administered by 4 p.m. the following day.

“There were several times when I was close to tears, seeing the relief and joy on peoples’ faces,” said Julie Tucker ’09, associate vice president for student development.

As shots became more available in Ohio, Denison encouraged all employees to become vaccinated. College-aged students, however, were still far down the line—until March 29, when Governor Mike De­Wine opened the supply to everyone aged 16 and above. Entrepreneurial students immediately began making their own appointments at nearby facilities. At the same time, the COVID-19 task force was working to connect students with vaccinations on and off campus. 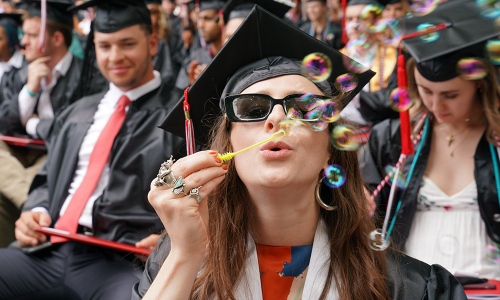 Once again, local partnerships were vital. Denison shuttles transported students to and from clinics at Licking Memorial Hospital and the nearby campus of Ohio State-Newark. Licking Memorial provided more than 600 doses for on-campus clinics. Every student who wanted a vaccine was able to get one. “Many of our students are going home to cities, states, and countries without the ability to achieve vaccination. We are thrilled that we have been able to help so many students,” said Tucker.

By mid-May, a significant percentage of students had achieved fully vaccinated status. In an especially sweet ending to the semester, vaccinations allowed for a much more relaxed Senior Week, and even an in-person Commencement. These events gave everyone a welcome glimpse of greater normalcy ahead. 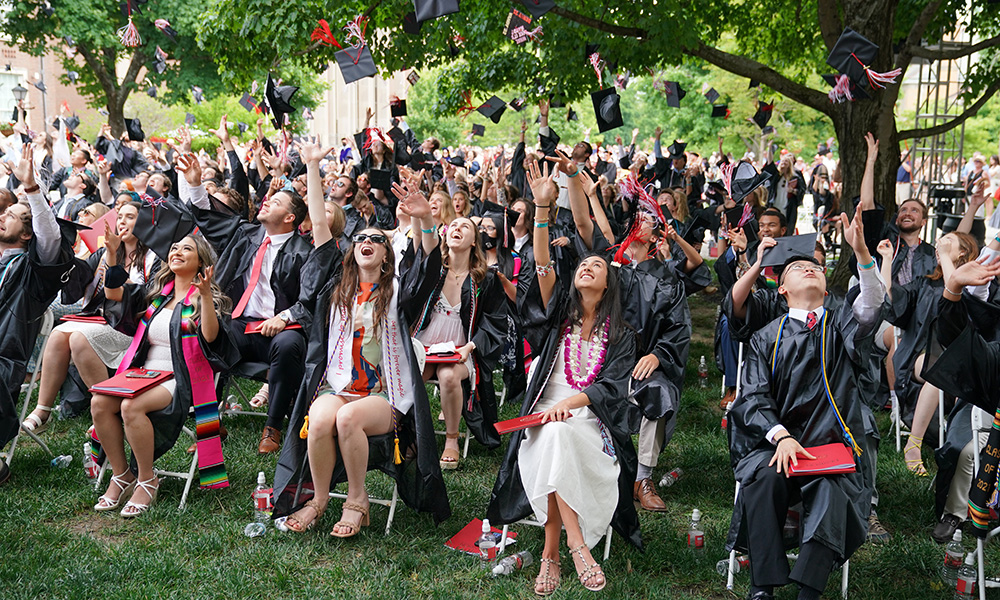