"In the past 31 years, I've watched a lot of teams come, and I've watched a lot of teams go, trying to unseat Kenyon. It's an impressive list of schools and teams, places like Johns Hopkins and Williams and Claremont-Mudd and UC-San Diego and St. Olaf and Emory and, yes, even Denison teams. There have been a lot of pretenders to the crown until this year. And that's when 15 guys embraced the challenge of taking on the heavyweight champ ... a champ that had beaten them by over 400 points just a year ago." –Gregg Parini, Head Coach 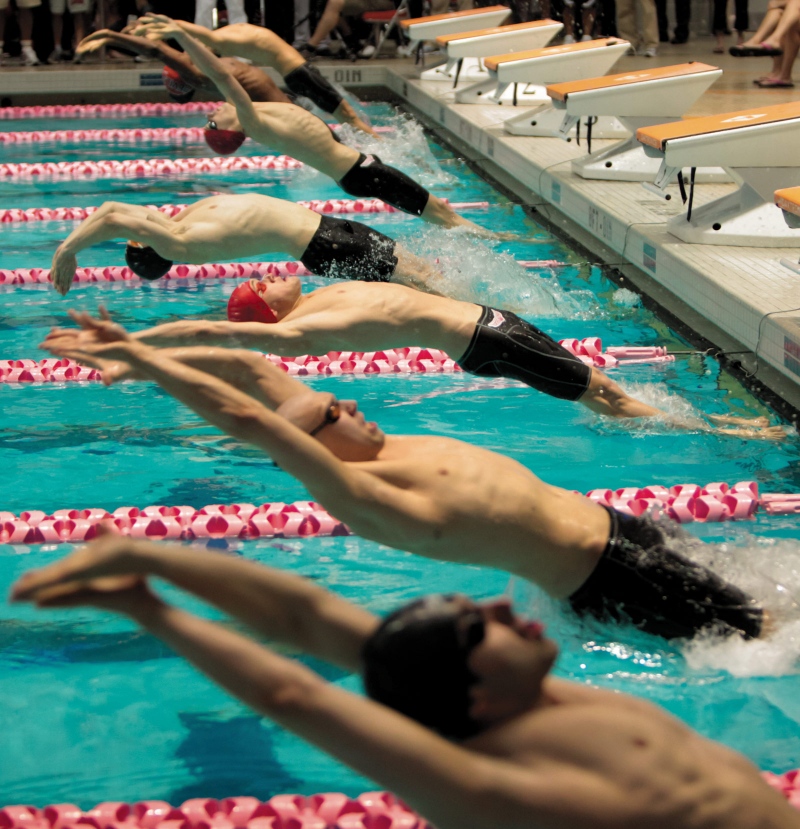 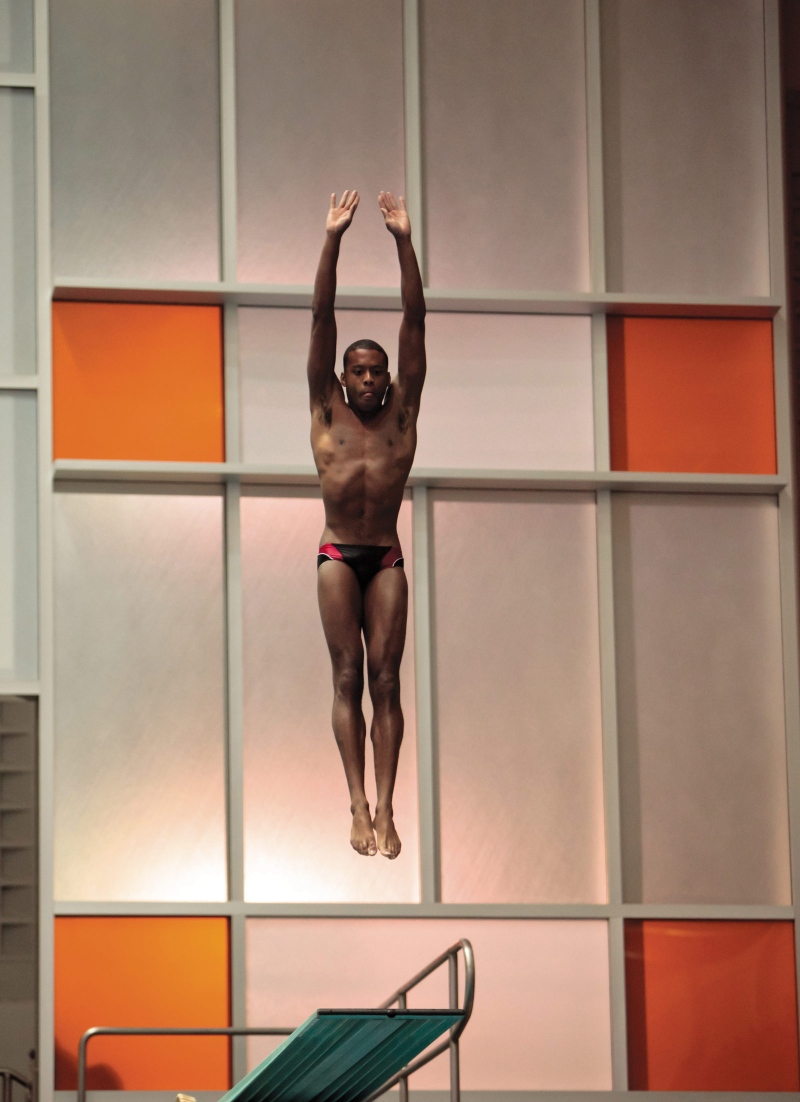 Denison took two divers to the meet: Gabe Dixson '13 and Cody Smith '11. Dixson (at left) placed fourth in both one-meter and three- meter diving. Smith was eleventh in one-meter and fifth in three- meter. Together, the pair scored 50 points for the Big Red in their first NCAA championship appearance.

"On Saturday night, the last night of the national championships, we had a concert in Swasey Chapel, the Vail Series... [My wife, Tina] was nudging me because I was periodically looking at my BlackBerry to see what the latest scores were." –Dale Knobel, President 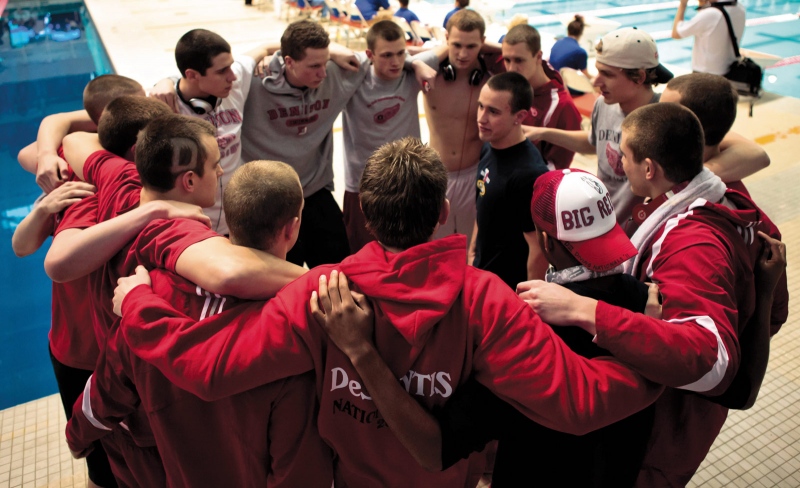 The men's swimming and diving team get together before every meet to do their team cheer. The national championship was no exception. 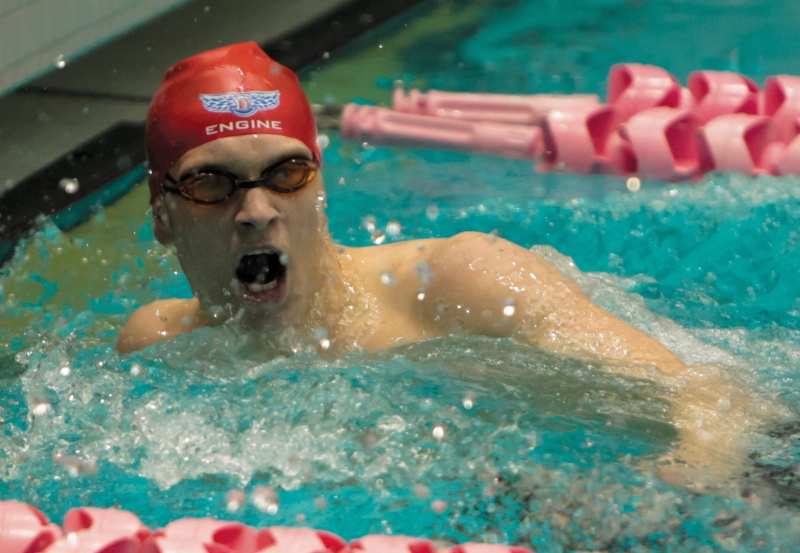 Al Weik '14 swam the 1650 freestyle, finishing first by more than 25 seconds and shaving 25.5 seconds off his best time. He broke the national record–set in 2004–by eight seconds. 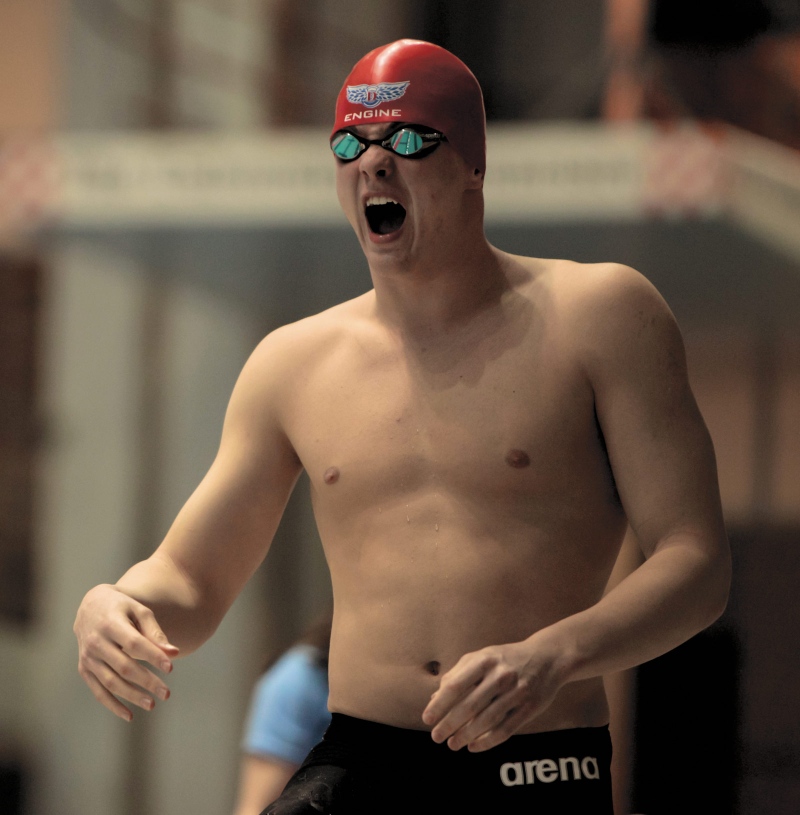 Spencer Fronk '14 cheers on his teammates from behind the blocks. 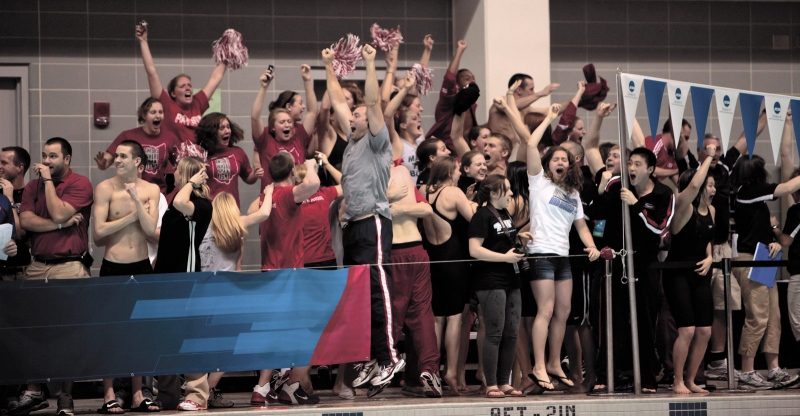 The Big Red bench erupts when the number "3" flashes next to Denison on the scoreboard. The final relay team–Carlos Maciel '14, M.J. Barczak '12, Andrew Krawchyk '11, and Spencer Fronk '14–had to finish third in the race to clinch the national title and dethrone the Lords. And they did–0.32 seconds before Emory.

"This program has been pretty great for a long time, but I'm confident in saying that this year's accomplishments are just going to be the start of an even greater tradition." –Jake Lewing '11, Co-Captain