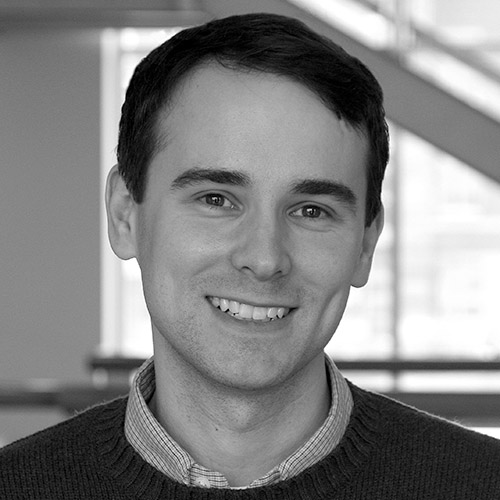 Scott has been a member of University Communications since 2009. His work has been recognized by organizations such as the Platinum PR Awards, Bulldog Digital/Social PR Awards, MarCom Awards, ADDY Awards, and CASE Circle of Excellence.

Prior to Denison, Scott led marketing and digital efforts in industries from health care and real estate to music and travel, with clients ranging from Grammy Award-winning musician Steve Winwood to Chicago.com and Illinois.com. As a writer and communicator, he has written for NBA.com, RedSox.com, Guitar.com, and history journals such as TIMELINE, New York Archives Magazine, and West Virginia History. In 2008, Scott published A Colossal Hoax: The Giant from Cardiff That Fooled America (Rowman & Littlefield), which received a Starred Review from Booklist. He has been featured as an expert on the Travel Channel’s “Mysteries at the Museum” series.

Scott graduated with honors in American history from Harvard College and received an A.M. in American Civilization from Brown University. He currently serves as president of the Harvard Club of Central Ohio.

Denison University has redoubled its commitment to transparency for student outcomes.