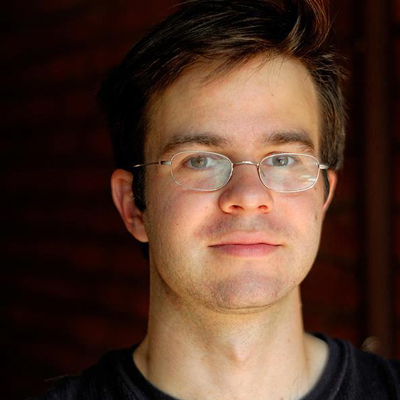 Sam Reich received his Doctorate in Piano Performance from the College Conservatory of Music in Cincinnati, and his BM and MM from the Eastman School of Music. Sam is currently a doctoral candidate in music theory at CCM.

Sam’s main interest is local community building through music. He founded the Yellow Springs Piano Fest, raising funds to restore the pianos at Antioch College. Partnering with the Interfaith Hospitality Network, he toured Ohio performing the music of Bach. For years he taught music in the Ohio prison system, at the London and Marion Correctional Institutions.

An improviser, he has collaborated with actors and readers in programs of Edgar Allen Poe and Langston Hughes. He has performed many world and local premieres, and is especially interested in new song repertoire. Sam has appeared at the Costa Rica International Piano Festival, the Bogota International Piano Festival, and the Ritsos Project in Greece.