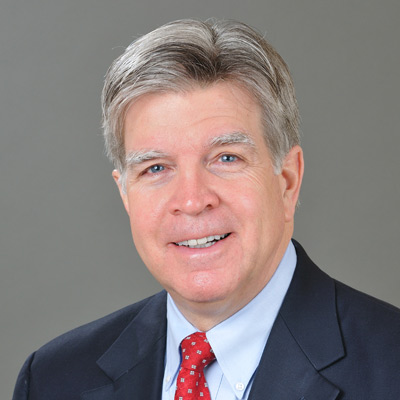 Jack holds a B.S. in psychology and began working at Denison as an assistant football coach in 1974 while pursuing graduate-level work in organizational behavior at Ohio State. A two-time All-Conference athlete at Denison, he remained in the athletic department for 26 years as a coach, instructor, recruiting coordinator, and sports information director. In 2000, after taking Denison’s sports promotion efforts online, he moved to University Communications and became the college’s first editor of new media.

He was promoted to the positions of senior associate director (including stints as acting director) and administrative director, respectively, before being named director of University Communications in 2012. In the summer of 2016, he was appointed as the senior writer in the college’s newly structured Office of Alumni & Family Engagement; and in the fall of 2020, his role was expanded to serve the entire Division of Institutional Advancement as a member of its newly created Advancement Communications team.