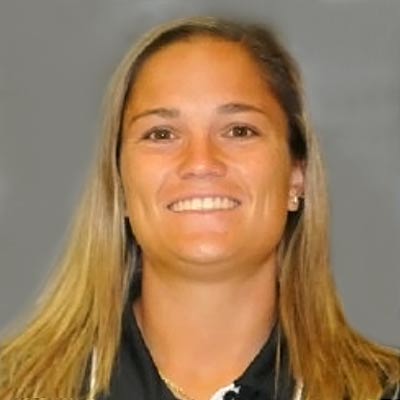 Dani Gunderson came to Denison in 2016 after serving one season as the assistant women's soccer coach at Frostburg State University in Frostburg, Md.

A 2013 graduate of Christopher Newport University with a bachelor's in psychology, Gunderson began her college career at Division I Radford University where she played 14 games and helped the Highlanders to the Big South Conference Tournament semifinals. Prior to her sophomore season, Gunderson transferred to Division III Christopher Newport where she would finish her college playing career. While at CNU, Gunderson helped the Captains reach three USA South Conference tournament finals. In 2010, her squad won the conference regular season and tournament title and the following year the Captains won a USA South regular season championship.

Gunderson was a three-time All-USA South selection. As a senior, she was a first-team all-conference pick and an NSCAA All-South Region selection after scoring 14 goals and six assists. She also was a first-team VaSID College Division All-State team honoree.