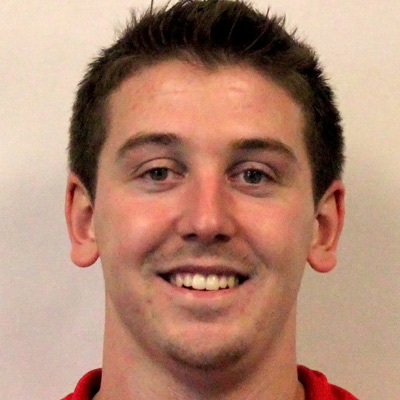 Austin Holter has served as an assistant football coach since 2010. After spending his first three seasons at Denison as the team's quarterback coach, Holter will move into the role of Offensive Coordinator for the 2013 season.

A 2010 Wooster graduate, Holter spent three seasons as the Fighting Scots’ starting quarterback. He was a two-time All-NCAC selection and in 2009, he set a school-record with 2,873 yards of total offense. His 2,106 passing yards were also a school record.  A native of nearby Johnstown, Ohio, Holter was the Johnnies starting signal caller till his graduation in 2006.