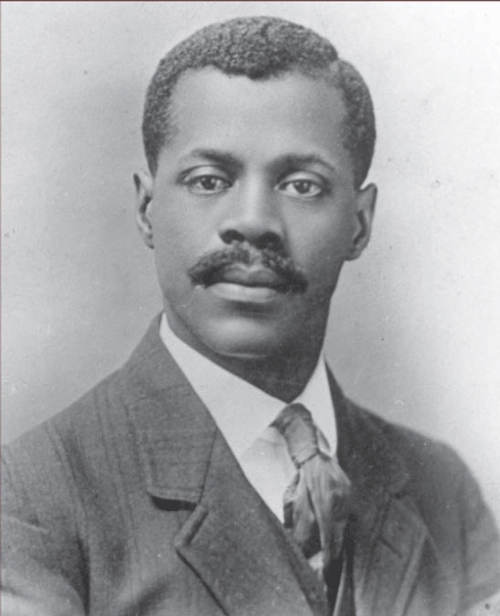 Denison University announces the creation of the William Payne Innovation Lab for Racial, Social, Political, and Communal Sustainability. The Lab is named for alumnus William Payne, a member of the Denison Class of 1908. Payne was a co-founder of Allensworth, Calif., the first Black colony in that state.

The Payne Lab works to preserve the heritage, ideals, and history of Allensworth, including the guiding principles of its founders Col. Allen Allensworth and William Payne. The Payne Lab is committed toward engaging and addressing the racial, political, social, and communal sustainability of Black communities as it relates to the economic, health, and educational disparities that are impacted by systems of oppression and racial disparities.

Assistant Professor of Black Studies Terrance Dean was instrumental in establishing the Payne Lab. “During my research, I happened across William Payne, a 1906 Denison alum, and discovered this amazing connection between Denison and Allensworth, the first Black colony in California. I knew that this was an important piece of history because it was the story of a black man during Jim Crow who, despite the odds, graduated from an elite liberal arts school, headed west, and co-founded the first black colony, Allensworth. The importance of this history is that it extends the legacy of Denison and Ohio as part of Black history through William Payne. More importantly, this connection is a rich resource for our students to explore the history of Black Thought and racism through the experiences of a fellow Denisonian who made strides despite the obstacles. And, more deeply, we are helping students to explore ways of addressing Black Thought, critical race theory, and anti-blackness. The Payne Lab allows us to build on the critical work of William Payne and his ideals of creating an innovative space and place for Black people.”

The Payne Lab is in partnership with Columbus Public Health to address racism as a public health crisis, and provides curricula and lesson plans for teachers to adopt into their own pedagogies about Black history, migrations, and racism. “The power of Allensworth is that we have another Black city that was instrumental to Black life and Black comeuppance in the early twentieth century. We hear about thriving Black cities such as Black Wall Street in Tulsa, Oklahoma, as well as Rosewood in Florida. Now, we can include and hold claim to Allensworth and its contribution to Black intelligentsia and Black wealth in the west. These are our people. Our stories. Our legacies. We get to continue to tell their stories and lift their lives into the history of America.” These are part of its mission to raise awareness around the issues surrounding racial, social, political, and communal sustainability.

In addition to this work, the Lab examines race, sex, sexuality, and gender inequities within systemic structures of oppression.