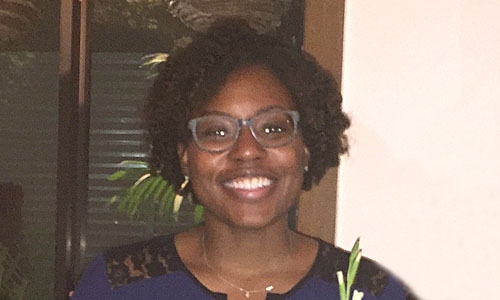 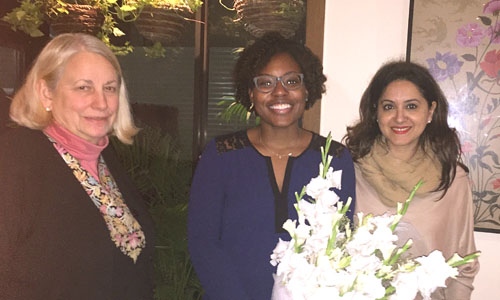 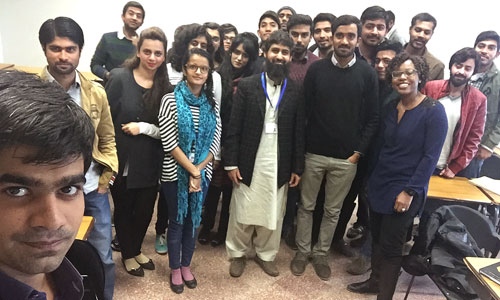 Over the course of the past year, Associate Professor of Anthropology & Sociology Fareeda Griffith has been working on a global initiative that will help extend the knowledge of epidemic diseases, and hopefully will help to halt their spread. “We can’t look at diseases just in the context of the United States — they transcend borders,” says Griffith.

When Griffith, who has received several grants to investigate chronic health outcomes, attended a global health seminar at Allegheny College in June 2015, she exchanged ideas with Dr. Natasha Anwar from Foreman Christian College in Lahore, Pakistan. Anwar was interested in bringing a global health course to her college.

Months later Anwar invited Griffith to Lahore to lead a workshop to institute a global health curriculum at the college. “I was able to explore global health and learn about a place that has specific global health problems, but also has really great things happening.”

A subject as complex as global health crosses many disciplines. “There were professors from mass communication, epidemiology, psychology, biology and sociology who attended the workshop,” said Griffith.

“I introduced the components of the syllabus, and how to help students as they examine an epidemiological map on a particular diseases,” she said. “Basically, I provided them with pedagogical tools to explain what they already know.”

At Denison, Griffith teaches a global health course that examines health disparities, the interaction between health and the environment, and the burden of disease and mortality across the world. For example, she invited a biologist from Pakistan to Skype into her class to discuss the intersectionality of thalassemia, genetic testing and religion.

“Having a global perspective, you’re outside of the box. You can have a conversation and talk to people around the world.”

“Dr. Griffith's class has been really interesting for me because, as an environmental studies major and Anthropology & Sociology minor, I've been able to explore the intricate connections between global health, social issues and environmental issues,” said Nelson Dow ’16.

“We talk about not only the biology of various diseases, but also the social, political, economic and environmental factors that influence the spread and treatment of those diseases,” he added.

In previous research, Griffith has focused on South Africa’s chronic health diseases and racial residential segregation. Currently, her research is on Somali immigrants in Columbus and their access to health care.

“I don’t just study the continent of Africa. I ask myself, ‘What have I learned and how can I apply it?’ This is what the liberal arts are about: bridging the gaps. One person’s specialty and another’s can merge.”

Griffith has taken lessons from her research in South Africa, brought them to bear on her work with Somali immigrants in the U.S., and now is bridging them to Pakistan.

“Having a global perspective, you’re outside of the box. You can have a conversation and talk to people around the world,” said Griffith.