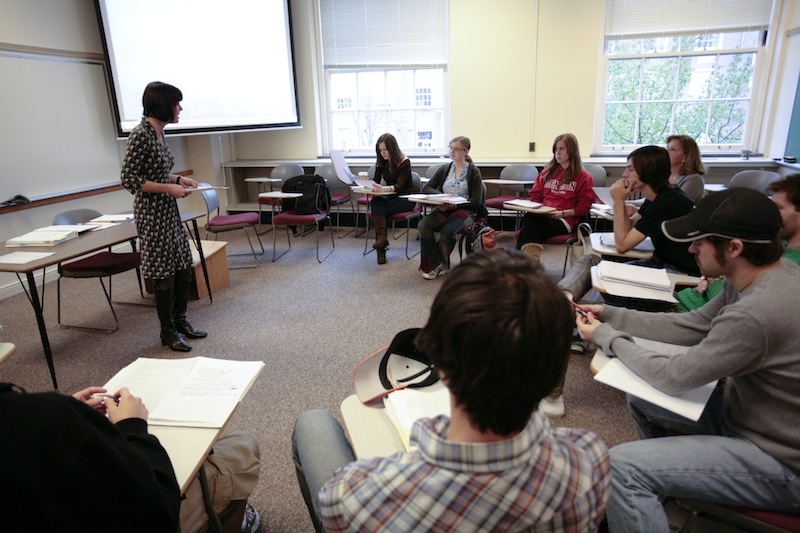 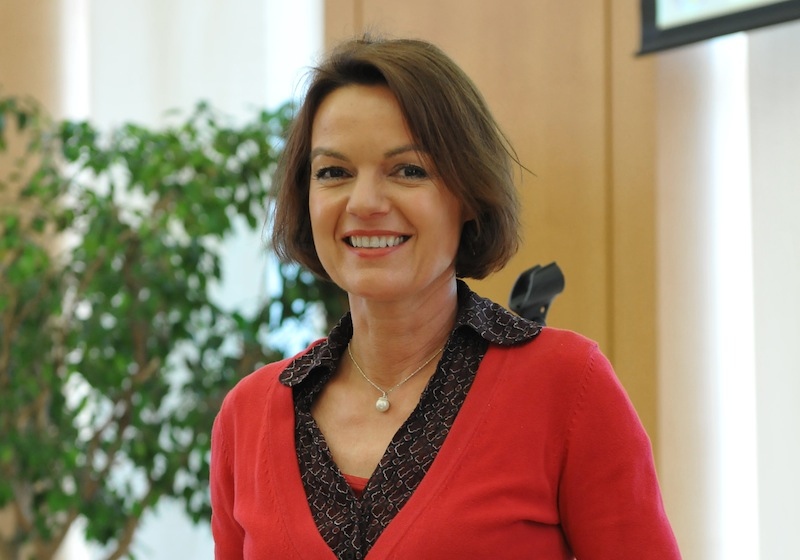 When Gabriele Dillmann reached across the world to link her German students with other college classrooms, she found they all learned much more than a new language.

Learning a second (or third) language just took a big leap forward. In Gabriele Dillmann’s German classroom, her students are using a fresh strategy combined with technology to deepen their immersion into the language and culture of Germany. Their experience was highlighted in a recent article by Inside Higher Ed.

A native of Germany herself, Dillmann, an associate professor of German, and holder of the Julian H. Robertson Jr. Endowed Chair, has recognized that it can be difficult to create equal exchanges between her students and students in her home country. Often she has found that the majority of German students are much more fluent in English than their American counterparts are in German, and their conversations frequently would devolve into English, which wasn’t productive for her students.

So Dillmann found an innovative solution. Working through the Great Lakes College Association Global Course Connections initiative, she collaborated with a professor of German at the American University in Bulgaria to create a joint classroom experience for their students.

Since both classrooms were learning German as a second language, they were on a level playing field, and both enjoyed an additional benefit of learning about a third culture.

As reported in the Inside Higher Ed article, students introduced themselves to their global counterparts in writing via email, describing their campuses and their reasons for learning German—all in that language. “As a centerpiece of the collaboration, two students each from the two institutions met for four-person discussions on the topic of planning a trip to Bulgaria using Google+ Hangout; Dillmann received a link to the saved chat and assessed the Denison students using a rubric including not only linguistic skills but also skills like digital etiquette and group and leadership competencies.”

Dillmann appreciates that her students are engaged in a global enterprise with nuanced advantages that a regular classroom would find it hard put to provide. Meeting regularly with students from another country expands their knowledge of the world, opens their minds to new ways of seeing things and introduces them to diverse ethos.

“They are meeting each other, finding out who are you, who am I, and how do you live, what is your campus like, what are your courses like?” Dillmann said. “These are all new things, and our students want to present who they are as best as they can.”