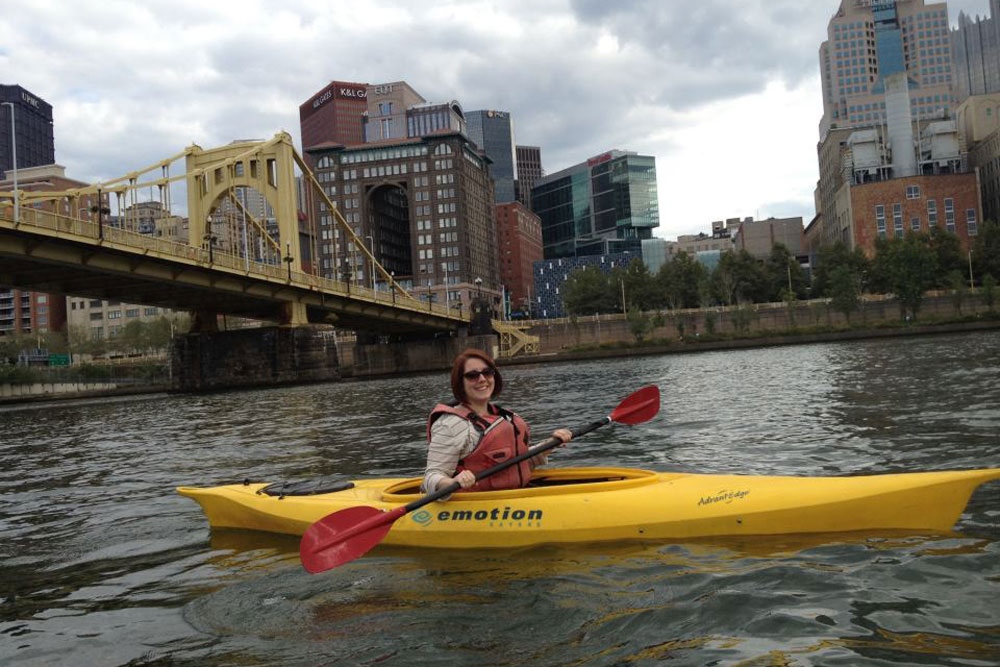 Kimberly Creasap, sociologist and director of the Office of Gender & Sexuality, provides leadership across campus for a healthy and inclusive campus climate. She develops, implements, and assesses gender and sexuality initiatives and supports students on issues related to gender, gender identity, and sexual orientation.

Creasap’s career in the field of gender and sexuality began as an oral history interviewer for a class project on gay and lesbian activism. She interviewed members of a lesbian-feminist collective about the founding of the Lesbian Connection magazine. This experience sparked her passion for studying social movements.

“I was a campus organizer as a student and wanted to learn about theories and histories of social movements, but also skills and strategies that would make me a better organizer. Sociology gave me a language and framework for understanding how social change works,” says Creasap.

“I love that I’m always learning new things from colleagues and students,” says Creasap about her work. “Being around smart people who are engaging with important questions about the world makes coming to work each day a rewarding experience.”

The mission of the Office of Gender & Sexuality, formerly the Center for Women & Gender Action, includes more initiatives and support for LGBTQ+ students.

The office is a vibrant and welcoming place for students, on the fourth floor of the Slayter Student Union. Creasap and Thomas Witherspoon ’05, associate dean of students and director of Multicultural Student Affairs, work together to oversee the newly created space, where they affirm students’ multi-faceted identities, and raise awareness of important issues on Denison’s campus and beyond.

“I was a campus organizer as a student and wanted to learn about theories and histories of social movements, and skills and strategies that would make me a better organizer.”

Creasap has a big travel bug that she shares with her dog, Annie, an expert traveler. Having been to many countries including Iceland, her personal favorite, these adventures have influenced the way she sees the world.

“Whenever I travel, it expands my worldview,” says Creasap. “One of the greatest experiences I’ve had was learning Swedish in order to conduct ethnographic fieldwork there. Though many people in Sweden speak English, many people don’t. Speaking the language helped me learn from people in many walks of life during my time there.”

Dean of Student Leadership & Community Engagement, Erik Farley ’03 says, “As both a scholar and practitioner, Kim is well-positioned to lead the work of the Office of Gender and Sexuality. She is knowledgeable and very student-centered — we are lucky to have her at Denison.”

Creasap has over a decade of experience in higher education, both as a student affairs professional and a faculty member in sociology and women’s and gender studies. She has worked in student affairs at the University of Michigan and served on the faculties at Colgate University and Wake Forest University.

A native Central Ohioan, Creasap earned her undergraduate degree in international studies from Bowling Green State University. She also holds a Master’s in women’s studies from Eastern Michigan University and Ph.D. in sociology from the University of Pittsburgh.