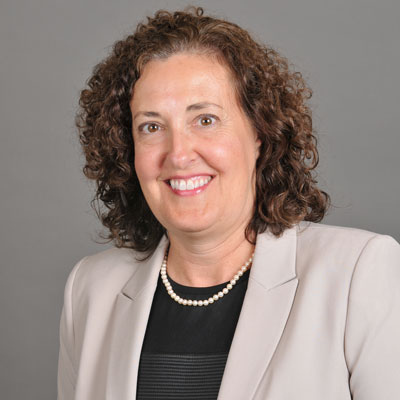 If there was one word that would summarize my experience as a first-gen college student, it would be “determined”.  During my orientation at the regional campus where I started college, my orientation leader told us to look around, only 25% of us would actually graduate. I swallowed hard and promised myself that I would graduate and I would do it in four years, no exceptions.

I did graduate in four years but that doesn’t mean there weren’t times when I questioned what I was doing and if I was even capable. While I was a very good student in high school and things generally came pretty easily to me, I had to learn new study habits to meet the rigors of collegiate coursework. I also kept up a 20-hour workweek during my two years at the regional campus. After two years, I transferred to the main campus. Because most juniors lived off campus, I was placed in a dorm room with two freshmen. The loneliest I ever felt was when my parents drove away and I was in the dorm room alone. My roommates were attending their freshman orientation events but there were none for transfer students. At this point, I felt like I was learning how to “do” college all over again. I had to acclimate to a large sprawling campus, lectures with 200+ students and adjusting to the increased academic pressures that come with upper- level classes.

While being determined helped me persevere, I think it also aided in creating tunnel vision. I never once thought to reconsider what I was majoring in. I thought doing things on my own demonstrated my personal strength and I was bound and determined not to let anyone know what I did not know about attending college. I felt like I was a failure when I had to get tutoring for a class. Had I been college savvy, I would have utilized tutors all along. It also took me until my senior year to feel comfortable going to office hours and talking to my professors. I really enjoyed those conversations and was pleasantly surprised to learn that they really were interested in my opinions and what I was learning. I thoroughly enjoyed those discussions and wished I would have engaged with more professors and earlier on. Once, upon entering a classroom, I had to figure out what students were talking about during a casual discussion of summer internships. I didn’t know what an internship was, I wasn’t about to ask, plus, I had to work all summer to earn money for tuition. As it turns out, my summer job was an amazing internship; I was working for a start-up, involved in many different aspects from ordering inventory, initial office set-up, hiring and training new staff and learning marketing strategies for a new business. All of which allowed me to purchase and operate my own franchise less than 18 months after my college graduation.

In retrospect I am not sure I would change anything because I have a wonderful life and I believe our present is an accumulation of our past experiences. I didn’t know there was such a thing as a first-gen college student, I just knew I didn’t seem to know what others did, especially after transferring. But because of that, I learned eventually to ask for advice and that taking advantage of resources was the smart thing to do.

While being a first-gen student does not define you, it may at times impact the way you experience college. I also believe being a first-gen student can be a tremendous asset. My advice to our first-gen students is to seek out faculty and staff that you are comfortable with and ask questions! You are surrounded by people who truly care about you and want you to reach your potential. Take advantage of the resources offered here at Denison to work smarter, not harder. Embrace who you are and enjoy your journey!