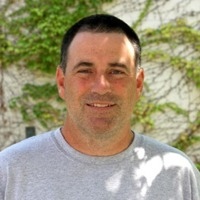 Like many others, I often make mental notes.  Little verbal reminders based on either a pleasant, but usually unpleasant or unexpected observation or experience.  As I get older I more easily recognize these learning moments, although I am also more likely to forget them (age does creep up without warning).  Had I the experience of the past 35 years, I would have made a few “notes to self…” during my college years, and they may have read something like the following:

“Note to self - traveling to the unknown is uncomfortable and rewarding.”

When I left Washington State for New York and college, I had only once been on an airplane, and that was only three months earlier.  At La Guardia airport in NYC, I missed my connection upstate, caught a later flight and arrived in Poughkeepsie late at night, way past the time that Vassar College stayed open.  I hopped in a cab (never rode in a cab before) went to a local hotel (never stayed in a hotel before) and spent the night.  The next morning I took another cab (second cab ride ever) to my dorm, all my belongings in two suitcases, found my room and patiently awaited the arrival of my roommate.  In a 24-hour period I left everything from my rural west coast farm upbringing behind and flew headfirst into the unknown of an elite east coast school.  The next four years were the most challenging time of my life, but they were also four years that defined my future.

More travel was to come.  Train rides to NYC followed by subway trips and walking exploration of The City with friends or alone.  Away soccer games across the northeast (Newark, Randall's Island, Albany, etc.), including one to The College of William and Mary where I attended my one and only sorority house party.  A summer excursion to Martha's Vineyard in a borrowed car - no place to stay so slept in a sleeping bag under the open stars in the backyard of a guesthouse where a friend was working.  A last minute spring break trip to Florida, again no place to stay so slept in a tent at campground sites or on the beach.  And then there were the odd holidays like Thanksgiving with no place to go so I visited a friend's house.  At one such visit I met an “old” person who was liberal in politics (never met such a person before), and he also happened to be a immigrant from Germany who survived 5 years in internment camps in France during World War II, and as an obstetrician brought the Lamaze method of childbirth to the United States - he hated President Reagan.  I couldn't travel abroad for a semester during my junior year like many of my classmates, not enough money. After college I hopped another plane and headed to Los Angeles for graduate school - I hadn't been there before either.

I rarely planned very well for any of these travels.  They just happened to me - and I am forever glad they did.

“Note to self - academically I do belong here at college.”

My daily schedule in college was fairly simple.  Get up, go to class, study in between classes, go to soccer practice, go to the library to study, go to my campus job, back to my dorm room and in bed by 12:30 - the library closed at midnight.  On weekends I would study in the library when I wasn't traveling to an away soccer match.  When I was traveling I would study in the car/van/bus.  I studied a lot.  I studied because that was what I assumed everyone in college did.  I was afraid I couldn't compete with all of the other college students who came from the east coast prep schools - so I studied, did my work ahead of time, never leaving to the last minute any assignment.  After a couple years of this fearful dedication to academics I came to realize that I was getting good grades while my college friends weren't.  It was quite a shock to realize that my friends didn't already know everything, and they weren't studying as much as I did because they were content with their average grades.

To this day I still doubt my academic credentials - question whether I am smart enough to be here teaching at a prestigious university.  I am conflicted about how my studying habits developed out of fear of not belonging.  Perhaps I should have approached college academics with more confidence.  But then again those habits of study got me to graduate school, through my PhD program, through my post-doc, and finally to a job here at Denison, where my colleagues and friends still tease me for completing my work, on or ahead of time - perhaps I am still not quite good enough to be in academia.

If fear motivates your success in college - use it.  But whatever your motivation, a college education is wasted if academics are not the first priority on your list of time consuming commitments.

“Note to self - there are others like you, even more who are different, and you can not only learn from them, but also they can learn from you.”

I went to college and played soccer with the son of the second richest family in Greece.  He complained that Vassar didn't give him enough money to buy a second helping of French fries at McDonalds on away trips - he had an allowance of $100,000 each year, and drove a Mercedes - I was grateful for a Big Mac a Coke, and a ride on the train to NYC.  The daughter of the Mars family (of M & M fame) was also a friend; I would have never known she was rich had I not asked about her last name.  My friend Pete gave our group of friends a fine send-off as seniors, bringing from his hometown of Falmouth, Massachusetts a dozen lobsters for us to share.  Another friend admitted his father was a member of the Mob in Bridgeport, Connecticut.  I had friends from Italy, Turkey, Japan, Sweden, England, and Milwaukee, Cleveland, Los Angeles, NYC, Worchester - friends black, brown and white - gay, straight and other.  I was turned down by a young woman when I asked her to our campus formal - she attended with her girlfriend.  I turned down a date with another fellow - he thought the earring in my right ear meant I was gay (such symbols used to mean something) - I was flattered, but straight.

I learned so much from a huge variety of people at college, and hope as a farm boy from rural America, I also gave a little back to the diversity of my campus.

“Note to self - always remember the goal, it is not to survive and graduate, but thrive and accelerate!”

When times got tough in college, I sometimes lost sight of the reason for being at school.  College was the beginning of the future, not the end goal of some list of chores.  I had so many opportunities to learn that sometimes the learning got lost in the situation.  Inspiration could come from the mundane, like working my campus job in the last hour before the library closed, the camaraderie on and off the soccer pitch, a friend's house on Thanksgiving Break, even a class trip to NYC to visit the Natural History Museum.  The traffic was terrible, so my friend dropped me at about 170th street - “old” Harlem, “unsafe” Harlem, that day, very helpful Harlem as a “gang” of black men kindly pointed me to the right side of the tracks to catch the train south to the museum.  Relationships with faculty, administrators, and staff - “Jimmy the Greek' who gave me an extra steak on steak Sundays because I was on the soccer team (always get to know who fixes your food) - people who helped me learn as much, if not more than what I got from inside the classroom.

Being a first generation college student is a proud title to own.  It is not a stigmatic barrier, but a unique opportunity.  And always remember, it is not enough to survive and graduate from college, take advantage and THRIVE and ACCELERATE into the future!