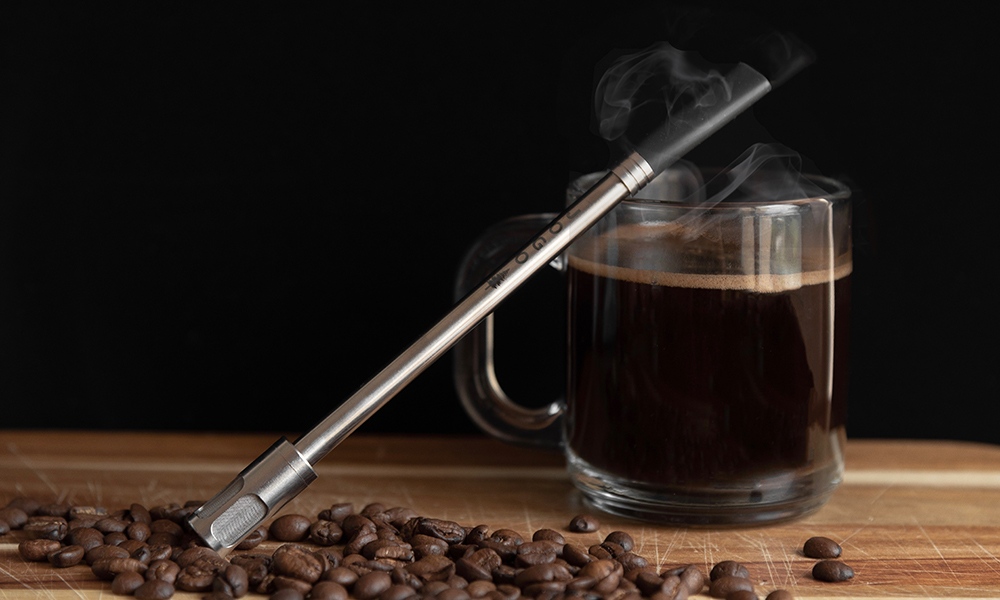 Chances are pretty good that more than once in your life, you’ve said out loud that “someone should invent” some cool thing to make life better or easier. Like, when you were a kid, maybe a robot to make your bed.

Nick Yehle ’20 was that kid, growing up in Lake Forest, Illinois. A sure sign of an early-onset entrepreneur, Nick started keeping a list of his best ideas on his phone around the age of ten, and by high school some of them were getting pretty sophisticated. That list is still within his easy reach, and is still growing.

In June 2018, after his sophomore year at Denison, Nick was canoeing up into the wilds of Canada with his childhood friend Joey at the summer camp they’d gone to for many years in Minnesota. Early one morning, on the remote island where they spent the night, Nick was craving coffee to start the day and wished there was an easy way to brew some on the fly.

Joey, who is five years older and had taken a motorcycle trip into Central and South America, pulled out his bombilla, a specialized metal straw for drinking the traditional South American tea-like infusion of herbal leaves called yerba mate or just “mate.” One end of the bombilla is enclosed and perforated to filter the tea through the leaves so only the liquid reaches the top of the straw.

They tried a bombilla with ground coffee beans in hot water, but the filter holes were too large and allowed the bitter grounds into the straw. So Nick and Joey dreamed up ideas for a coffee bombilla, something with a fine mesh filter. Since then they’ve been working with designers and prototypes to produce the ideal “coffee straw,” under the name “JoGo” — with a reusable filter for drinking fresh-brewed coffee straight from the mug. 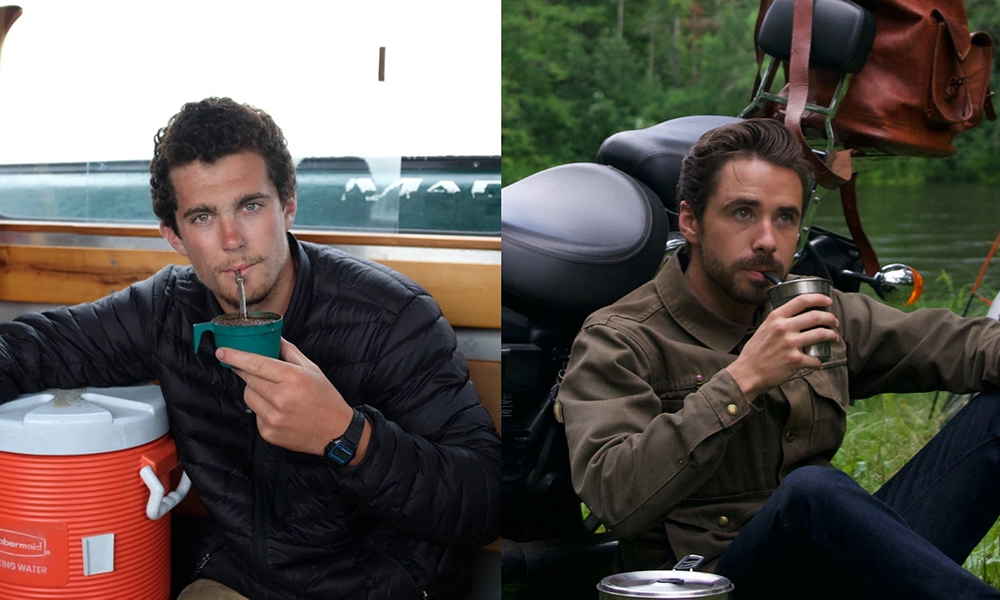 Denison’s Red Frame Lab launched at the start of Nick’s sophomore year. Having already been involved with an entrepreneurship program in high school, the economics major made Red Frame an important touchpoint during his student career, along with Delta Chi fraternity and rugby. The first talk he attended was by entrepreneur coach Robert Abbott, who continued to advise him after graduation.

At the first ReMix summit, Nick met motivational author, businessman, and alumnus David Howitt ‘90 for the first time. Howitt appreciated Nick’s coffee straw idea, and he’s received advice and encouragement ever since. Howitt is now on Jogo’s advisory board, along with Rick Coplin ’85, and David Hirsh, a current executive-in-residence for Denison’s Global Commerce program.

“We’ve had a great time helping [Nick], from the time he was a student until now,” says Coplin, an entrepreneur coach with Red Frame. “It’s been a team effort. Nick is great fun and completely dedicated to doing the work he needs to do.” Coplin estimates that he still talks with Yehle every two to three weeks as he prepares to launch his product.

Another Denison mentor is Red Frame coordinator Steve Krak, who made sure Nick has had access to the full range of programming and advising. During finals week of his junior year, Nick was urged to attend a “3-Day Startup” experience where students bring their ideas to be tested and fleshed-out against the realities of current business models. On the final day, a panel of local entrepreneurs come to appraise their presentations and offer questions and encouragement. A contact from the State Department was also present, and Yehle’s work earned him an invitation and flight to attend the Global Entrepreneurship Summit in The Hague, Netherlands as a “specially selected entrepreneur” where he joined 1200 people from 120 countries.

“I attended a ton of conferences and speeches with smart and successful people who want to change the world with their startups. Now I have relationships with people around the world that I still keep in touch with today,” Yehle says.

New relationships are also continuing back at Denison. Current student Dominika Chruszcz ’22 came into Red Frame Lab last fall looking for internship possibilities. Rick Coplin was impressed by her enthusiasm and connected her to the JoGo project. They couldn’t afford to pay her, but she was excited about what they were doing and wanted to learn. Dominika has loved the work, and Knowlton Career Center was able to find funding to pay her for her internship experience.

“My experience with JoGo has been extremely rewarding,” says Chruszcz, “ I feel like I have a crucial role in aiding with the startup’s next steps. Looking into the legal field and the consulting world post-grad, I’m grateful to have received this opportunity to work with the company and learn alongside the founders while developing entrepreneurial insight!”

Developing the best prototype and business plan has taken a couple of years, but Nick and Joey have reached the final stages of incubation and are ready to launch a Kickstarter campaign April 14, 2021 to officially send their JoGo into the marketplace.

Red Frame’s Coplin points out that Nick’s ongoing experience is a good example of President Adam Weinberg’s “five years out” career philosophy — Denison’s commitment to all recent alumni, to provide support during those critical first five years after graduation — including career-related workshops, skill-building, and the important alumni and parent networking opportunities.