Q & A: Hazing Prevention in Athletics 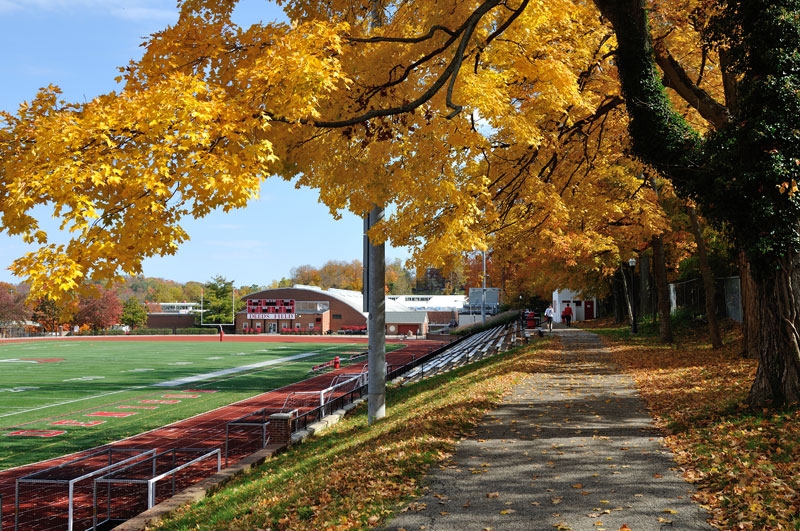 Nan Carney-DeBord ’80, Denison’s director of athletics, answers a few questions about the national issue of hazing as it relates to athletics in higher education—and what Denison is doing about it.

Q: Why are teams within the Department of Athletics targeted with hazing-prevention programs?

Carney-DeBord: Research suggests that athletics is a high-risk area for hazing activity. During 1989-99, researchers at Alfred University in New York conducted a national survey examining hazing among student-athletes at National Collegiate Athletic Association (NCAA) schools. They found the following among the athletes they surveyed:

Athletes most at risk for any kind of hazing for college sports were men; non-Greek members; and either swimmers, divers, soccer players, or lacrosse players. The campuses where hazing was most likely to occur were primarily those that were rural, residential, and had Greek systems. Those characteristics apply at Denison, so we want to be as proactive as possible in preventing hazing among our athletes. Our athletes want to be leaders in creating a positive cultural climate, not just in our program or on our campus, but among NCAA Division III athletics programs..

If you would like more information from this report, please see the report’s findings and methodology at Alfred University’s national survey: “Initiation Rites and Athletics for NCAA Sports Teams.”

Q: What do you think should be the coaches’ role in hazing prevention?

Carney-DeBord: Denison’s coaches are charged with developing a culture of education. Their first responsibility is to be a mentor to student-athletes. It is our goal to have our coaches be leaders in encouraging responsible behavior, which speaks to the values of the Department of Athletics and the institution as a whole. Denison University coaches have ZERO tolerance for hazing. Our reporting system includes options of anonymous reporting and a hotline. Should a coach become aware of this behavior, we address it through a systematic and tiered response structure.

Q: What programs or educative activities are you providing to support the level and quality of leadership you describe?

Carney-DeBord: Several Denison coaches have taken key roles in hazing prevention. One example is our football coach, who attended a full week hazing-prevention workshop, along with other members of the community, including Denison’s vice president for student development. He then presented information to our entire department during our staff retreat.

The NCAA provides ample materials that we utilize throughout the academic year. Kevin Touhey, themiracleofoptimism.com, has been a resource for our men’s teams and has been integral in having teams explore values and behavior. This has led to positive behavioral changes among these teams.

We also have ongoing dialogue in our staff meetings about hazing. The department has an intentional commitment to excellence, which includes providing the best possible experience for the student-athlete. Taking an active leadership role in hazing prevention is a very high priority.

Sigma Chi
Built in 1930 for the Sigma Chi Fraternity, this building is home to University Communications and Emeriti Faculty.