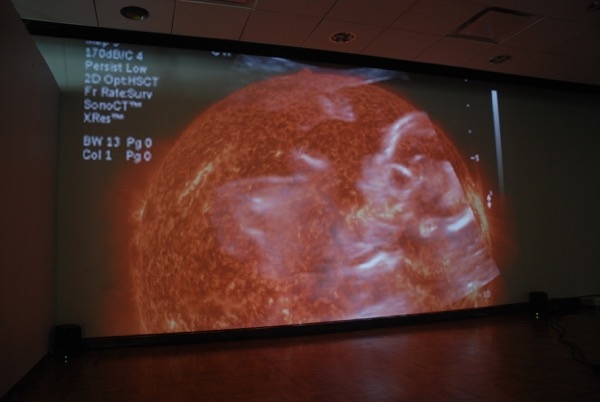 Yue Nakayama ’12 is a rising artist in Philadelphia. This interview tells why.

Bachelor of Fine Arts graduate Yue Nakayama ’12, is an MFA candidate at the Penn School of Design.

Philadelphia’s “Title Magazine” recently interviewed Nakayama about her work as an artist who tells stories through her medium.

Asked to give a brief introduction to her work, Nakayama responded: ” I was into drawing and painting when I was a younger kid, like 5 years old. Then I eventually started getting into writing; I wanted to be a writer when I was in elementary school. And I had this ice age of creativity.

“I was raised by these really traditional, strict Asian parents, and what I wanted to do versus where they saw my future were different. By the time I was going to college, I had to make my own decisions. I got a scholarship from the liberal arts college where I eventually made art. (Denison)

What I find most important is the thought in the art or, as I said, the storytelling part in the piece.

“My initial intention was filmmaking because I liked art, I liked the storytelling, and I thought filmmaking kind of combined everything I liked — photography and storytelling — together. But the program was a little conventional. I was more into experimental films and I liked the conversation that was happening in the fine arts program much better than in the cinema-making department.

“I made photos, video installations, and art videos. I finished my degree, did my thesis, then moved to New York. HBO’s Girls: my life was exactly like that. It’s interesting how people of a certain generation and at a certain place really share the same or similar lifestyles.

“I’m mid-twenties, emerging, a younger artist, and I think it’s natural and normal to be figuring out what your outcome is or what your voice is. I think at the end of the day what I find most important is the thought in the art or, as I said, the storytelling part in the piece. Even if it’s a performance piece or a video piece, I think the story or the narrative hidden within that piece is the core of my work. The act of storytelling has become more and more important in my work.

“Whether it’s video or performance, my work forms around the stories and essays that I write. These writings are based on my own memories, fictional stories, and imagination.

“Personal writing is also combined with found writing, such as newspaper articles, magazines, and sometimes historical novels. The writing doesn’t follow any specific structure. The flow of thoughts is non-linear, and topics jump from one to another. However, it forms one united piece in the end. For example, when I’m telling a story about an ‘apple,’ I am more interested in thoughts and ideas surrounding the apple rather than the meaning of the apple itself.

“I question how much significance one can put on nonsense and, in doing so, how one can change the viewer’s perspective on different subjects.

“I start to lose my interests and belief in the formality, materiality, and object hood of the work. I try to arrange images as signifiers of information and thoughts. The viewer has to investigate each idea or thought or language and connect them together in the end of the viewing. I think the viewer has to actively investigate what’s in front of them–the color, shape–and try to connect them together to find their own understanding. I don’t feed the idea to viewers’ mouths.”