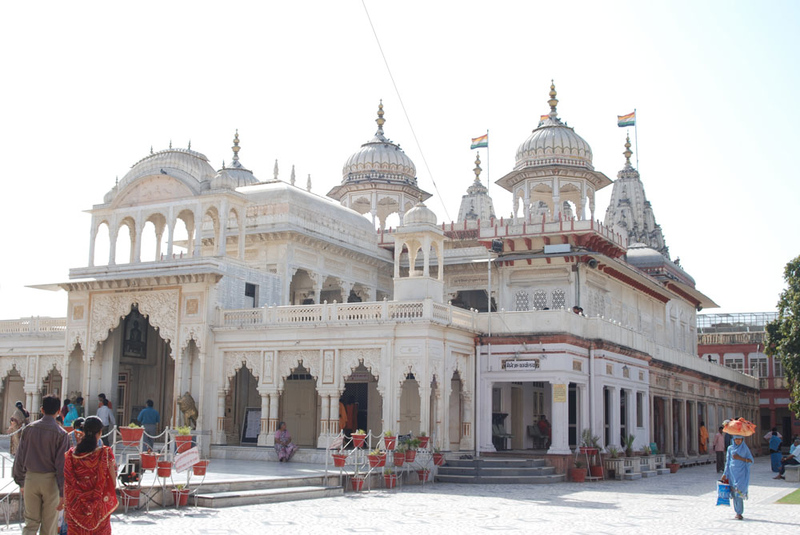 The John Simon Guggenheim Memorial Foundation has announced that Denison University Professor of Religion, John Cort, has been awarded a Guggenheim Fellowship. Cort is one of only 173 scholars chosen for the prestigious honor from a group of almost 3,000 applicants.

Cort’s research focuses on the Jain traditions of South Asia, and religion, society, culture and history. The Guggenheim Fellowship will allow him to advance his research for a book-in-progress on the practice and literature of bhakti (religious devotion) among the Digambar Jains in early modern (ca. 1500-1850) North India.

“Bhakti, or religious devotion, is now a central category in the study of South Asian religion,” says Cort. “Scholars have explored its overlap with concepts such as piety and experience. Scholarship has assumed that bhakti is only a Hindu religious mode of practice and genre of literature. Bhakti emphasizes sensory involvement with the divine, and has been seen as opposed to the ascetic emphasis in Jainism.”

“But Jains have practiced and expressed bhakti to their liberated and dispassionate teachers, the Jinas, for two millennia,” he added. “This book will analyze Jain practices and texts of bhakti, and thereby expand scholarly understanding of Jainism and South Asian religion, and the study of devotion and experience. It is based on extensive fieldwork in India over the past decade, as well as analysis of and translations from texts in Sanskrit, Prakrit, Braj Bhasha, Hindi and Gujarati.”

“It is a thrill to see John’s comprehensive scholarship recognized and rewarded by the Guggenheim Foundation,” said Denison Provost Kim Coplin. “A deeper understanding of global issues lies at the heart of a Denison education. John’s fine work contributes to global learning for our students, and his books bring knowledge to others as well.”

Edward Hirsch, president of the Foundation, is enthusiastic about the Fellows in the class of 2017: “It’s exciting to name 173 new Guggenheim Fellows. These artists and writers, scholars and scientists, represent the best of the best. Each year since 1925, the Guggenheim Foundation has bet everything on the individual, and we’re thrilled to continue to do so with this wonderfully talented and diverse group. It’s an honor to be able to support these individuals to do the work they were meant to do.”

Since its establishment in 1925, the Foundation has granted more than $350 million in Fellowships to over 18,000 individuals, among whom are scores of Nobel laureates, Fields Medalists, Turing Award winners, poets laureate, members of the various national academies, winners of the Pulitzer Prize, and other important, internationally recognized honors. The Guggenheim Fellowship program remains a significant source of support for artists, scholars in the humanities and social sciences, and scientific researchers. New and continuing donations from friends, Trustees, former Fellows, and other foundations have ensured that the John Simon Guggenheim Memorial Foundation will be able to continue its historic mission.