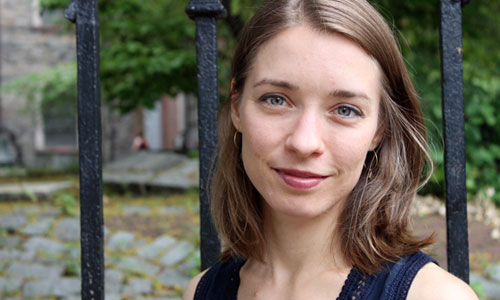 Archaeologists and scholars have identified close to a hundred documents over the years, highlighted by the discoveries of the Dead Sea scrolls between 1946-1956, that could have been included in the Bible. These documents date from the first-to-mid-century CE when the books of the canonical New Testament were written. From the Gospel of Mary to the Gospel of Thomas, these texts provide insight into the world in which Jesus lived, and how he was received and perceived by people of that period.

As a guest lecturer in the College of Wooster’s Academy of Religion series, which examines the intriguing debate about why certain books were included in the Bible while others were not, Maia Kotrosits, assistant professor of religion, will present “Making Sense of the Secret Revelation of John,” on October 8, in Wishart Hall.

In addition, Kotrosits will lecture at a conference at Drew Theological School on September 26, 27 and 28. Kotrosits will present a paper titled “Queer Persistence: On Death, History, and Longing for Endings.”

The intersection of purity culture and anti-Asian racism