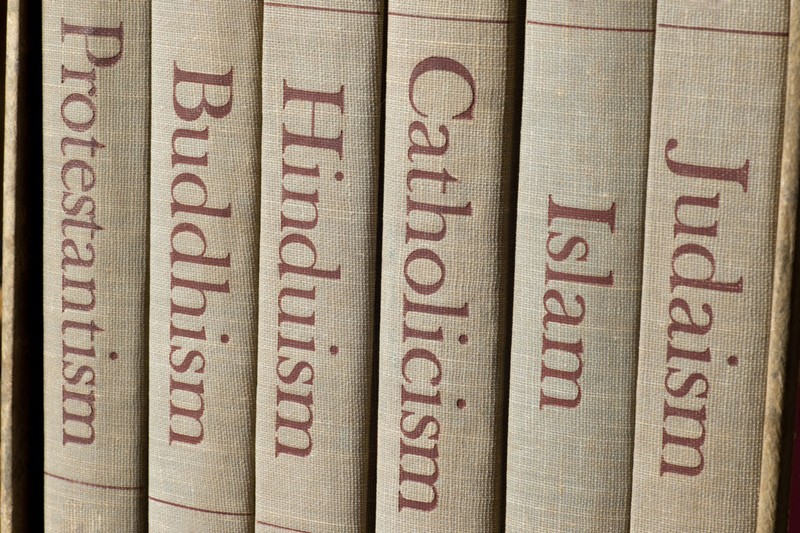 The American Academy of Religion (AAR) was first organized in 1909 in order to stimulate scholarship and teaching in religion. From those early beginnings more than 100 years ago, the AAR has grown to be the world’s largest association of academics who research or teach related to religion, with some 9,000 members in North America and abroad. Every year, the AAR holds its annual conference in conjunction with the Society of Biblical Literature.

Founded in 1880, the Society of Biblical Literature (SBL) is the oldest and largest learned society devoted to the critical investigation of the Bible from a variety of academic disciplines. As an international organization, the Society offers its members opportunities for mutual support, intellectual growth, and professional development.

The Religion faculty at Denison have actively served on the above two learned societies. At the joint annual meeting of the two societies in Boston from November 18 through 21, the Religion faculty will present their academic papers besides serving on the various committees in the societies.

John Cort, Professor of Religion, has served on the steering committee for the Jain Studies Unit at the AAR.

Maia Kotrosits, Assistant Professor of Religion, presents at the Student Advisory Board-hosted panel, “Nation, Politics, and Belonging in the Imagination of Christian Origins” at the SBL. She will also present the paper titled, “This Whole Thing Is Going Down: Fantasy, Reality, and the Psychic Life of Destruction” at the Theology and Religious Reflection Unit of the AAR.

K. Christine Pae, Associate Professor of Religion and the Chair of the Department presents “Spiritual Activism in the Militarized World” at the Feminist Liberation Theologians’ Network of the AAR, and “Prostituted, Militarized, Racialized and Colonized Bodies: U.S. Military Prostitution in South Korea as a Site of Spiritual Activism” at the Body and Religion Unit of the AAR. She also presents her recent publication at the book panel, “Critical Theology against U.S. Militarism in Asia: Decolonization and Deimperialization” at the Women and Religion Unit of the AAR. As a co-chair, she is currently serving on the steering committee of the Women and Religion Unit.

Martha Roberts, Assistant Professor of Religion, presents “The Things We Study when We Study Religion: Scholars” at the panel discussion organized in the meeting of the North American Association for the Study of Religion, prior to the AAR meeting. At the Teaching Religion Unit of the AAR, she also presents a paper on the topic of “Teaching about Religion as Anti-Racism Education.”

Claire Robinson, Visiting Assistant Professor of Religion, takes part of a roundtable discussion on Hinduism and Transnational Religions: Theories and Methods, one of the sessions of the North American Hinduism Unit. Her paper, “Reflections of the Secular Cityspace in a Rural Religious Ashrams in Space: Multiplying Sites, Mobilizing Methods” will be presented at one of the panels organized by the Society for Hindu-Christian Studies, a related scholarly organization at the AAR. She also serves on the board of directors for the Society.