Remember history through education - not statues 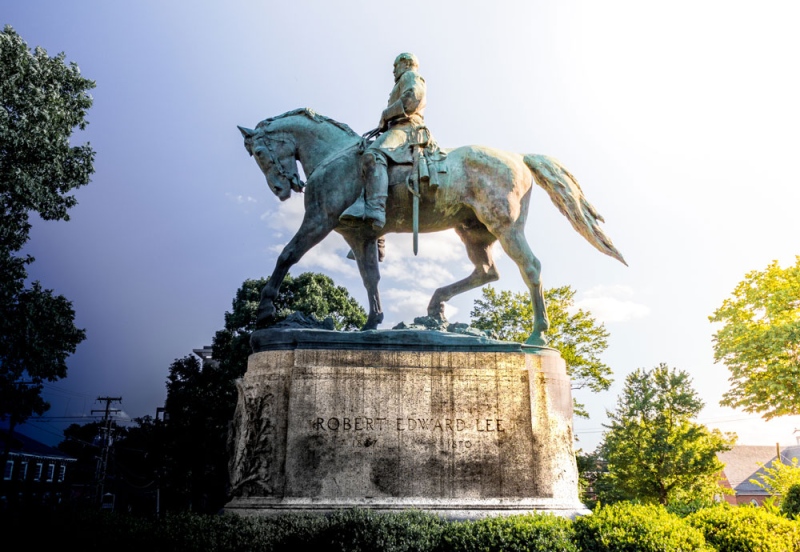 A recent article by religion major Tom Mackall ‘80 discusses the proper context to understand the complicated history of the civil war and it’s aftermath.

In the article, Mackall, who also holds a master of divinity and juris doctor, notes,

“Washington and Jefferson are properly celebrated for truly monumental actions in founding this nation. Their military, intellectual, diplomatic, and visionary greatness gave birth to our Constitution and to a democracy and economy the likes of which the world had not seen before and ideals to which many in the world aspire. There is a reason why so many people from all parts of the world have come here and still seek to come here. We are not perfect, and we certainly have much to answer for as a nation, but I would rather live in this country than anyplace else on earth, and I suspect most people reading this feel the same way.

“On the other hand, Lee and Jackson (and other confederate notables) are celebrated for their leadership in seeking to destroy the great nation Washington and Jefferson and others founded in order to preserve at the expense of our nation an economic system premised upon slavery and a moral system premised on white supremacy. Folks can point to other accomplishments of Lee, but the fact is that the monuments celebrate him and his colleagues as military leaders of the Confederacy.

“Many say that we must indeed remember our past, the good and beautiful and the bad and ugly, and that removing these statues obliterates our past. Yes, we must remember our past in full. We can progress only if we remember our past. We must learn from our low points in order to avoid repeating them. Removing celebrations of Confederate warriors from public squares does not mean we must remove the experience of the Civil War from our consciousness. Quite the contrary, instead of fetishizing Gen. Lee atop Traveller in a green copper statue, we can contextualize, humanize and memorialize him and other Confederate leaders and soldiers respectfully and fully in museums and textbooks. There we can present our history in a way that is accessible and meaningful to people of all races and backgrounds.”

The intersection of purity culture and anti-Asian racism