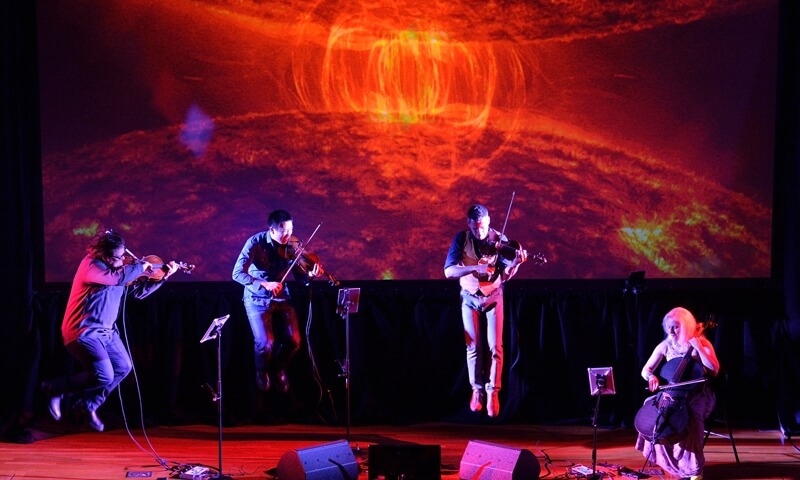 Denison’s artist in residence, ETHEL, has a new album, “The River,” and it’s getting great reviews.

“The members of ETHEL collaborated with Native American artist Robert Mirabal from Taos Pueblo, New Mexico. Their album draws influences from indigenous musical traditions all over the United States — and from places as far-flung as Morocco, Nigeria, Tibet and the country of Georgia.

“But it’s also deeply personal, according to cellist Dorothy Lawson.

“”The River’ as a body of music is like a self-portrait of the quartet with Robert Mirabal. You know, it’s kind of a musical selfie.’

“The album was recorded in 2015 at Mirabal’s home on the Taos Pueblo Indian Reservation in northern New Mexico.

“Mirabal, a three-time Grammy Award winner, says he drew inspiration for the album from his own cultural traditions.”