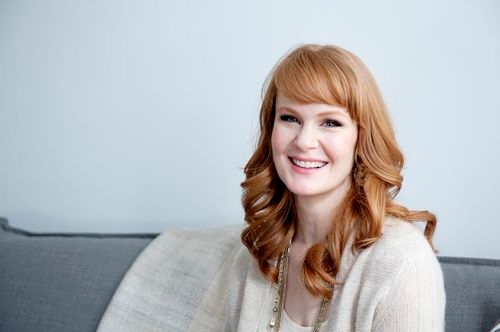 The Department of Music welcomes Broadway star Kate Baldwin for a master class with the Singer's Theatre Workshop and Belinda Andrews-Smith.

Baldwin received a Drama Desk Award nomination for her role as Jen in Keen Company's 20th Anniversary revival of Andrew Lippa and Tom Greenwald's John & Jen. She garnered critical acclaim as La Mome Pistache in a newly revised production of Can-Can at Paper Mill Playhouse. She starred as Sandra Bloom in Big Fish on Broadway and earned accolades and a Drama Desk Award nomination for her work as Leslie Lyntonn Benedict in Giant at The Public Theater.

But it was her starring role in the 2009 revival of Yip Harburg's and Burton Lane's hit classic musical Finian's Rainbow, which drew Tony, Drama Desk and Outer Critic's Circle Award nominations and put her on the map as “a real musical theatre star.” (New York Post)

Baldwin has appeared in the Broadway casts of The Full Monty, Thoroughly Modern Millie and Wonderful Town. She starred in Irving Berlin’s White Christmas (San Francisco, Detroit, Toronto), The Women at The Old Globe, Henry V at the Shakespeare Theatre of New Jersey, I Do, I Do at Westport Country Playhouse, She Loves Me at the Williamstown Theatre Festival, and The Music Man and South Pacific at Arena Stage, earning a Helen Hayes Award nomination.

She has performed in concert with the New York Pops, the American Songbook series at Lincoln Center, the Kennedy Center and at the legendary New York nightclubs Feinstein’s, Birdland and most recently, 54 Below. Her concert work also includes several appearances with Stephen Sondheim as a featured performer in his critically acclaimed evening, “A Conversation with Stephen Sondheim.”

Baldwin has sung as part of the Chicago Humanities Festival, with the National Symphony Orchestra in Washington, DC, the Detroit Symphony Orchestra, the Portland Symphony Orchestra and the River Concert Series. On television, her work includes a guest star on NBC’s “Law & Order: SVU” and a featured role in the PBS filming of Stephen Sondheim’s “Passion.”

Baldwin's debut album on PS Classics, “Let’s See What Happens” features Lane and Harburg songs from both stage and film. Her second album celebrates the work of lyricist Sheldon Harnick and is entitled, “She Loves Him.” She is a graduate of Northwestern University and lives with her husband and son in Brooklyn, NY.