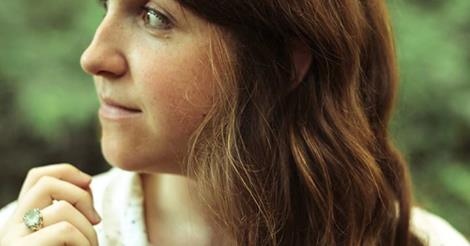 Caroline Spence graduated from Denison University in 2011 with a degree in English with a concentration in Creative Writing. Caroline was involved with music on campus through Ladies Night Out, Bluegrass Ensemble, and acoustic shows at The Bandersnatch. One month after graduation, Caroline moved to Nashville in order to complete an internship with Compass Records, an opportunity that was made possible by the connections of Denison Bluegrass program. Since then she has toured nationally for the last three years, released an EP and a full-length album.

The release of debut album, the magical and meditative Somehow, in March 2015 followed a string of successes, including being crowned the 2013 Rocky Mountain Folk Festival Songwriter Showcase winner, earning Best Overall Song in the American Songwriter Magazine Lyric Contest, and taking home the title at the 2014 Kerrville New Folk Festival. The 26-year-old Virginia native has had her songs recorded by up-and-coming singer-songwriters Andrew Combs (“Heavy”) and Annalise Emerick (“A Good One” and “Somewhere In Between”).

Since it’s release, Somehow has been featured by press outlets such as Rolling Stone Country, American Songwriter Magazine, CMT Edge, The Bluegrass Situation, Elmore Magazine, and Folk Alley. The band lives and breathes with Spence’s guitar and vocals, masterfully navigating a breadth of genres with a perfect sense of intimacy and style, at times with the rock of Tom Petty’s Heartbreakers, the twang of Lower Broadway, or the sensitivity of swelling pedal steel and simple percussion. Melinda Neumann of Rolling Stone wrote, “the stripped-down, beautiful Somehow, delivered in her haunting, gossamer-winged voice, capture life's fragility, while celebrating our humanity.” CMT Edge declared Caroline’s sweet voice and disarming honesty” made her “a bright spot on Nashville’s local music scene.”