"The Messiah" A Denison Tradition 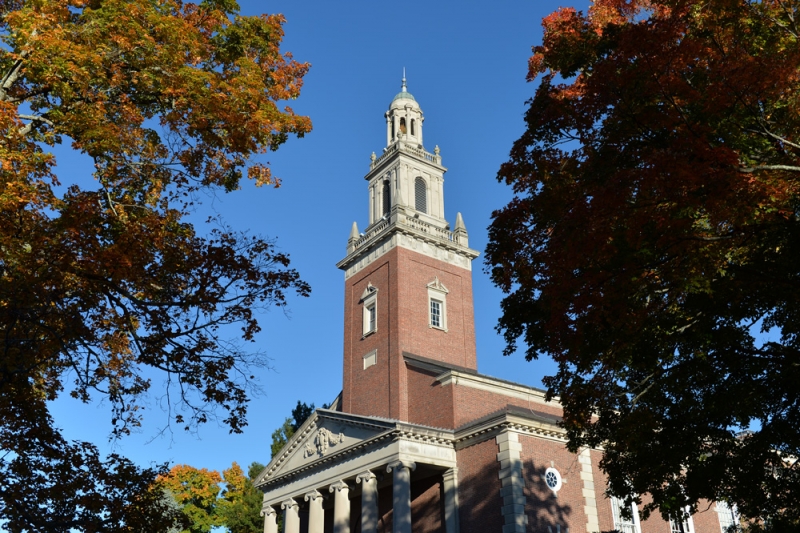 “The Messiah,” perhaps the most famous oratorio ever, was written by George Frideric Handel in 1741. At Denison, the history of the venerable concert tradition goes back more than 100 years. Director Joel Garber shares more in this interview:

How often does this concert happen?

“The Messiah” has been a tradition for Denison for over a century. According to the written record, Denison’s first Messiah performance dates back to 1909. From 1909 until 1961 it was performed every year. Post 1961, it remained a regularly performed work but every 2-4 years, now every four years or so. I recognize the pedagogical mission of the music department, and the university, but will try to keep this tradition going. It is important for the modern generation of Baccalaureate candidates to experience Messiah once in their collegiate careers.

What are you most looking forward to?

There is nothing more satisfying then experiencing so many wonderful and hardworking musicians come together and collaborate on such a work. We’re combining Denison’s Concert Choir, Chamber Singers and Orchestra to a total of close to 130 performers.

Even though Part 1 focuses on Christmas, we are performing sections of all three parts. To know how hard the students have worked is also important. Concert Choir has worked on Messiah the entire semester, meeting once a week. The Chamber Singers, who performed a concert of their own in October, have spent the last 5 weeks learning the choruses. Moreover, the Denison Orchestra completed an extremely successful concert tour at the end of October and has spent November preparing for this. It is my pleasure to share the podium with my friend and music colleague, Philip Rudd.

How do you hope this concert will promote interaction between Denison music groups and with the Granville community?

In addition to this being a tradition for Denison, the Messiah has been a tradition for the Granville community as well. Community members (not just Granville) were invited to come and participate in this performance. Of the 70 singers in Concert Choir, roughly half are community members. Some of these members have sung Messiah quite a few times in their lives, and some have been in this choir for a long time. So whether community members love Messiah enough to join us, or appreciate music to attend the concert, there is something for everyone.