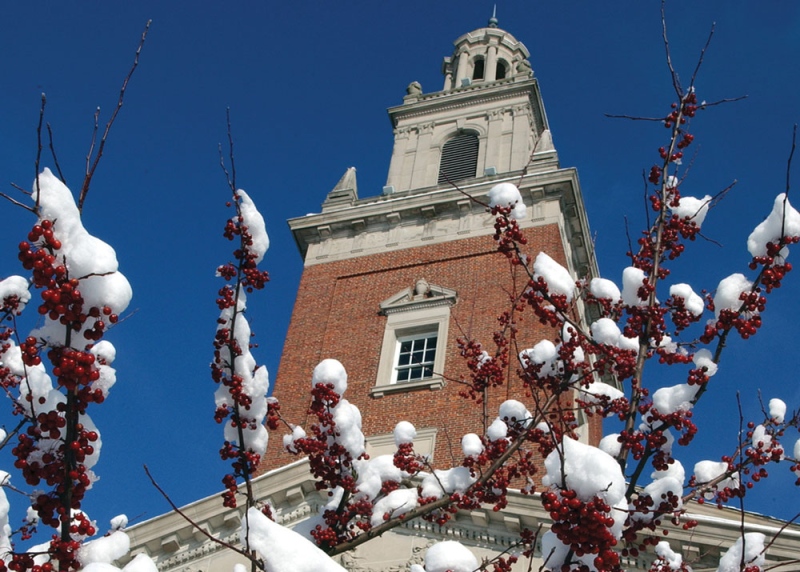 Denison's Department of Music will hold a concert featuring Concert Choir, Chamber Singer's, guest artist Thomas Studebaker, and ETHEL, Denison's ensemble-in-residence. The concert will take place at Swasey Chapel on December 3, at 2pm and is directed by Wei Cheng, Assistant Professor of Music and Director of Choral Activities. The concert will include pieces composed by Ralph Farris, member and co-founder of ETHEL.

Farris speaks on two pieces to be performed, which are close to his heart.

Britten's “St. Nicolas:” “Through late high school, and into my college years, I found myself drawn to the podium (after my late father, who was a brilliant choral conductor). Each concert season he would prep his 'Ralph Farris Chorale' on one of the great masterworks of the choral repertoire, book a full orchestra, and hand me the baton. Benjamin Britten's 'St. Nicolas is one of these such pieces. Pop and I performed it together Christmastime, 1997. It was the last of our professional collaborations.”

Farris's “Sun Songs:” “My Sun Songs are set to the poetry of my dear friend, the late Harry Smith, whose lovingly direct and honest voice inspired me through some of my most trying times. These three pieces, performed as a set, speak to the power of the sun as it moves humanity to prayer, to power, to song. Harry never got to hear the songs performed live, but he was so very gracious of with me as I stumbled through setting them.”