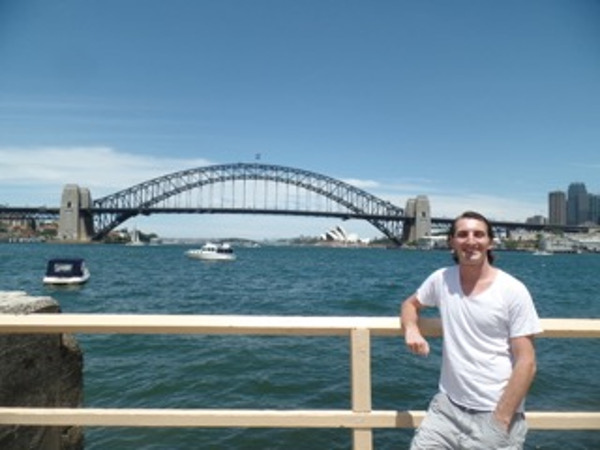 David White spent winter break as a Research Visitor at Macquarie University, in Sydney, Australia (funded by the Australian Academy of Science). With co-author, Michael Batanin, he wrote a paper titled “Model Structures on Operads and Algebras from a Global Perspective.” He also gave an invited lecture in the Australian Category Theory seminar titled “Model Categories, the Grothendieck Construction, and Operads.” In his down time, David explored the city, watched New Year’s fireworks at the Sydney Harbour Bridge, enjoyed the Lights of Christmas Festival at St. Mary’s Cathedral, visited Fort Denison, part of Sydney Harbour National Park, and celebrated Christmas like a true Australian—by going to the beach!