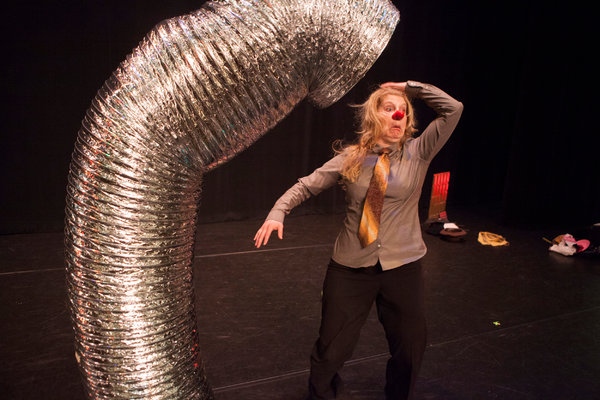 Tanya Chartier ‘93 majored in English and is an educational therapist at the Davidson Center in North Carolina, but she has another vocation - she teaches mathematics through mime, alongside her husband, Tim.

The New York Times featured Tanya and her husband in an article about their unusual approach to what can be a daunting subject.

The two trained under the master of mime— Marcel Marceau — and have developed a business, Mime-matics, in which they visit colleges, schools and conferences and spread the gospel of math.

According to the New York Times: “How best to teach math and science has, in recent years, worried educators, parents and students alike. It has become one of the most concerning aspects of the much-debated Common Core State Standards, which set benchmarks for the teaching of reading and math nationwide. The Chartiers do not claim to have a magic bullet to allay that worry, but they hope their Mime-matics business is at least one answer to the math-phobia that seems to pervade American society.”