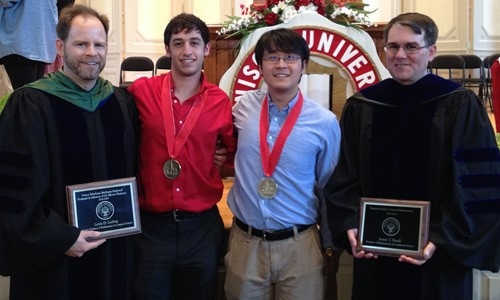 The endowed Benjamin Barney Chair was established at Denison in the nineteenth century, and is held by a member of the Mathematics and Computer Science department. It was previously held by Dr. Joan Krone.

In his sixteen years at Denison, Dr. Havill, a Professor of Computer Science, has taught twenty different courses across the computer science curriculum. In 2012, he co-developed and co-taught, with a Biology colleague, Denison's first course in Computational Biology. He is currently writing a new introductory computer science textbook. Dr. Havill's research focuses on algorithm design and computational biology.