'Middle of Nowhere,' a new book by Sara Patterson '96 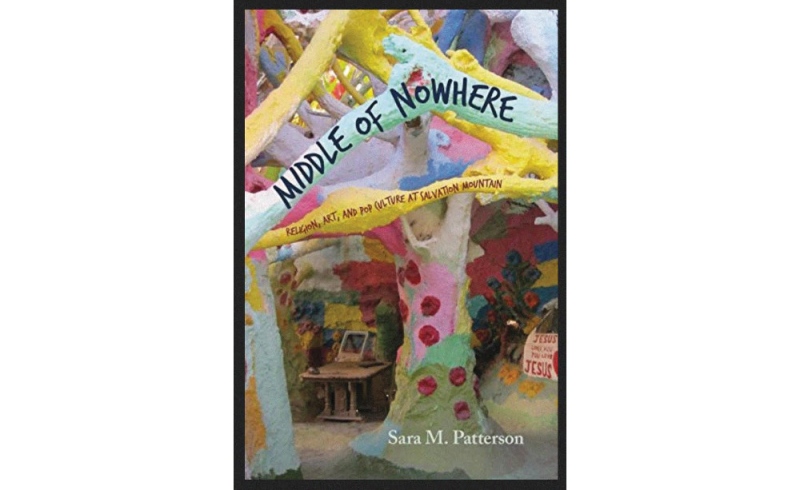 In “Middle of Nowhere, ” a book by religion and history major Sara Patterson '96, pilgrims travel thousands of miles to visit Salvation Mountain, a unique religious structure in the Southern California desert.

Built by Leonard Knight (1931-2014), variously described as a modern-day prophet and an outsider artist, Salvation Mountain offers a message of divine love for humanity. In “Middle of Nowhere” Patterson argues that Knight was a spiritual descendant of the early Christian desert ascetics who escaped to the desert in order to experience God more fully.

Like his early Christian predecessors, Knight received visitors from all over the world who were seeking his wisdom. In Knight’s wisdom they found a critique of capitalism, a challenge to religious divisions, and a celebration of the common person.

Recounting the pilgrims’ stories, “Middle of Nowhere” examines how Knight and the pilgrims constructed a sacred space, one that is now crumbling since the death of its creator.