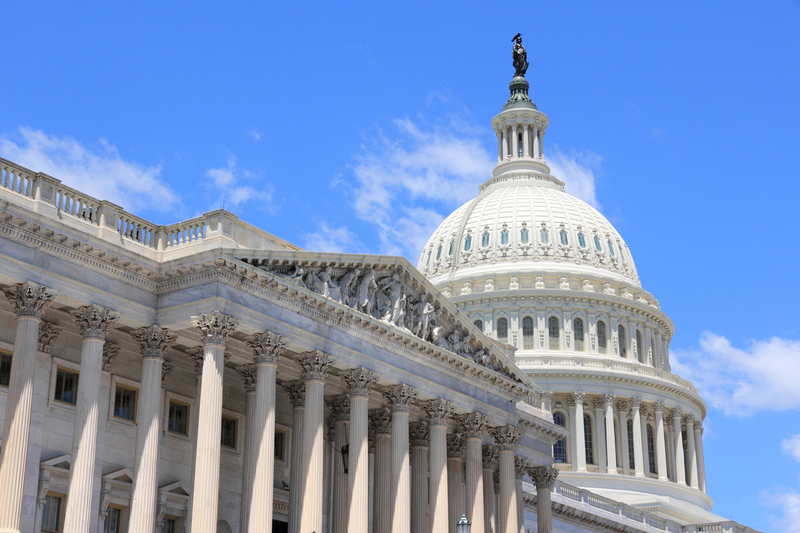 In March 2018, Joanna Tague, assistant professor of history, went to Washington for an event called “Advocacy Day” to lobby on behalf of the African Studies Association (ASA) to increase federal funding for the humanities and international education.

“Much of Advocacy Day was a sprint—from the Russell Senate Office Building to any of the many other Senate and House Office buildings in order to make the next appointment. My Fitbit logged over 20,000 steps on this one day! Appointments could last anywhere from 10 to 35 minutes, one just never knew. As we walked the halls of all of these buildings, advocates from a diverse, complex mosaic of American professional and social groups lined the hallways awaiting appointments. All hoped to catch the ear of a member of Congress or staffer who might elicit true change (or maybe just the best that could be hoped for, the status quo). And yet I recall Peter, Paul, and I as a small but mighty delegation: Ohio remains one of our country’s most powerful swing states. Walking into our meetings on Capitol Hill, we felt fairly cognizant of what it means to be purple on the Hill.

I was particularly heartened by some of the questions we received from staffers—some of whom asked truly provocative questions: what prompted you to be here today, why do you want to advocate for this? These questions gave me pause and prompted our delegation’s introspection in ways I had not anticipated. They also made our interactions with staffers more spontaneous and intimate. The unexpected can happen in these meetings, as our delegation quickly learned. In one early meeting (with the deadline for the spending bill approaching the next day), one staffer asked if our delegation might not draft language about the NEH and submit it “in the next few hours?” One got the sense that change can happen at breakneck speed on Capitol Hill, that the old adage of being at the right time, in the right place still thrives.

But how could we gauge the effects of our advocacy—what impact, if any, did we have? I believe our advocacy was extremely effective, as evidenced by the House Dear Colleague letters. In the days after the conference, we learned that a record-breaking number of representatives signed the House NEH Dear Colleague letter: 166 total, including 19 Republicans. This was a significant increase over last year (when 144 representatives, including 12 Republicans, signed). Similar gains occurred with the House Title VI and Fulbright-Hays Dear Colleague letter, which received 82 signers (up from 65 last year), including 3 Republicans (up from 1 last year). Then on Friday, March 23, Congress voted to approve the FY 2018 spending bill, which funds Title VI at its current level and restores funding for the Fulbright-Hays to FY 2017 levels. It also includes an increase of $3 million for the NEH for the remainder of FY 2018. In her memo to the ASA community on March 26, Suzanne Baazet, Executive Director of the ASA, called this bill a “radical shift from the funding cuts and program eliminations proposed in earlier versions of the bill.” I hope that this evidences the steps we can take to try and shape policy on Capitol Hill, and I remain hopeful that in our current political climate attempts to minimize/eradicate federal funding for the humanities via the sentimentalities of our elected officials can be swayed.”