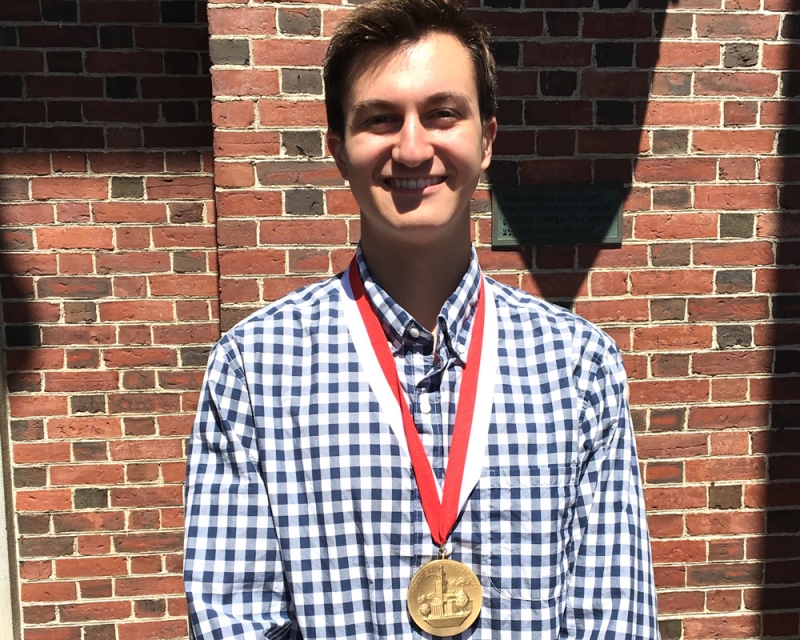 Congratulations to Ben Burdick, who has represented the History Department so well throughout his four years at Denison. On April 20, Ben, along with 6 other Denison seniors, received the President’s Medal, awarded to graduating seniors in recognition of their achievement in academics and other areas of campus life.

This was just the latest in an embarrassment of well-earned riches for the senior history major. Ben is also a History Department Fellow and member of Phi Beta Kappa. In addition, he has garnered a series of awards as a swimmer and student-athlete, including the 2018 James T. Glerum, Jr., ‘82 Presidential Award, the Ted Barclay Top 5 Award, recognition 3 years in a row as a Top 50 Student Athlete, three times as a CSCAA Scholar All-American, and five times as an All-American swimmer.

Next year Ben will be heading to law school at Indiana University-Bloomington. We wish him all the best and congratulate him on his outstanding achievements at Denison!