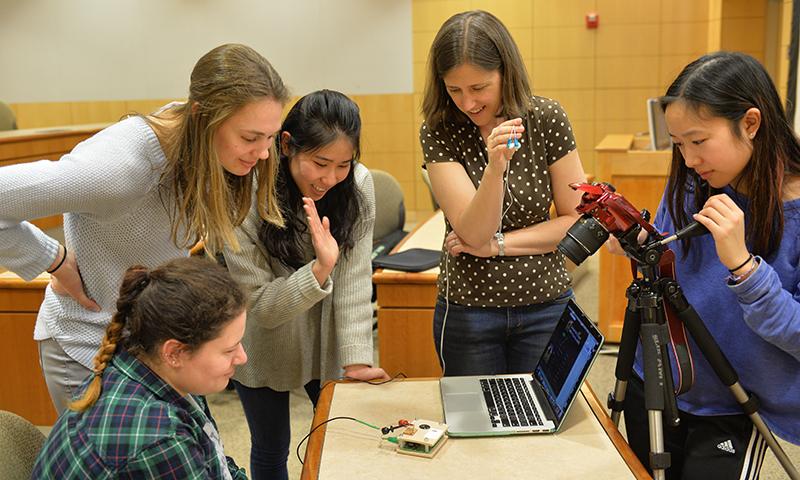 Can you increase students’ comprehension of scholarly articles in the sciences if their reading is paired with an article in mainstream media?

Approaching journal articles and other scholarly literature for the first time can be a daunting task for student and professor alike.

There are challenges in learning to use databases to find appropriate papers, learning the conventions of how papers are written, and deciphering the jargon and complex technical information that are often contained within the papers. To address some of those challenges, I developed an exercise in which students are first provided with a news report from a mainstream media outlet (e.g., BBC News, NPR) reporting on a study that was published in a scientific journal. Then, using information contained within the news article, I guide students to search for the primary literature article using an appropriate database search. Students then read the journal article and compare/contrast it with the news article by answering reading guide questions, followed by a class discussion. One pair of readings, for example, paired the NPR story, “Fully Warmblooded Moonfish Prowls the Deep Seas,” with the originating article in Nature, “Whole-body endothermy in a mesopelagic fish, the opah, Lampris guttatus”, Wegner et al., 2015.

I conducted an action research study in two sections of Biology 220 (the second course in the biology core) in Spring 2016; both sections had the same unit structure and topics list. The instructors used the same articles and reading guides in both sections. The study underwent an IRB process and all students gave informed consent before participating. Over the course of the semester, the instructors assigned media articles, followed by the primary (scholarly literature), in the 2nd and 4th units of the course. In the 3rd unit, students were assigned a primary literature reading without preceding it with a more popular media article (even though media reporting on that topic had appeared, indicating the topic held some public interest, similar to the other two papers). Students completed a set of reading guide questions for each primary literature article that I used to assess comprehension of the content of the article as well as broader implications of the research described (the same questions were used each time). The students also completed pre- and post-surveys at the start and end of the study to obtain self-reported data on knowledge and confidence using primary literature.

While the media article exercise cannot eliminate the significant challenges to understanding the scientific literature, is designed to address them. By priming students with a lay summary of the work, hopefully students won’t be quite as lost in foreign vocabulary and technical information. Also, by searching for papers based on clues in the media articles, students get practice using “advanced searches” with multiple search terms rather than just a list of keywords. Often media articles provide the name of one author, that author’s institution, a rough publication date and key words; sometimes the journal title will be included as well. (If a link was provided directly to the primary article, I removed it.) Knowing how to do these more complex searches and building confidence in search ability will hopefully help students in later classes as their skills with the literature continue to build.

The analysis of the reading guide questions also supports a positive impact of the media intervention, although it is clearly complicated by other factors as well.

The first analyzed reading guide question asked students to identify results of the study. All papers assigned had more than one key finding, and a low scoring answer (score of 1) gave inappropriate or irrelevant information, while a high scoring answer (score of 5) correctly identified all major findings. From the first iteration of this activity to the second, scores improved strongly and significantly. A media article was not provided for the second iteration, so the improvement was not due to the addition of a media article, but likely due to practice with this type of assignment, a difference in inherent ease of understanding the results in the second paper, or other factors. Scores did not increase further from the second iteration to the third, thus the reintroduction of media articles and continued practice did not promote a further increase in scores. In fact, there was a small and unexpected decrease in scores that just fails to reach the threshold for statistical significa nce. I suspect this was due to late semester fatigue in students.

The second analyzed question probed student understanding of the significance of the scientific studies they read. Again, a low score (1) reflected an answer that was entirely incorrect or inappropriate information (this could include simply restating the results), while a high score (5) identified multiple reasonable implications or applications of the research. For this question, scores remained relatively steady across the first two iterations of the assignment. This is interesting, because while students’ ability to identify results increased, their ability to discern the implications of the research did not. This may be due, in part, to the lack of a media article before paper 2, implying that the media article supports student in identifying implications and applications of the research. Indeed, when a media article was reintroduced with the third paper, scores rose from paper 2 to paper 3. This increase happened in parallel with the slight decline in scores for identifyi ng results. Again, other factors, such as differences between the papers themselves, may also be at play here; but the contrasting trends for scores on the two questions suggests that reading the media articles may contribute to student understanding and capacity to write about the significance of the primary articles they read.

In conclusion, I believe there is utility in assigning media articles in conjunction with primary literature articles for introductory level students. This intervention is not a panacea for the various challenges of teaching primary literature, but it is a tool that students found to be helpful to their learning and it may improve student’s ability to identify the significance of the science they read. Furthermore, I found it to be a useful way to have students practice more advanced search skills and to help them distinguish between literature and non-literature sources.