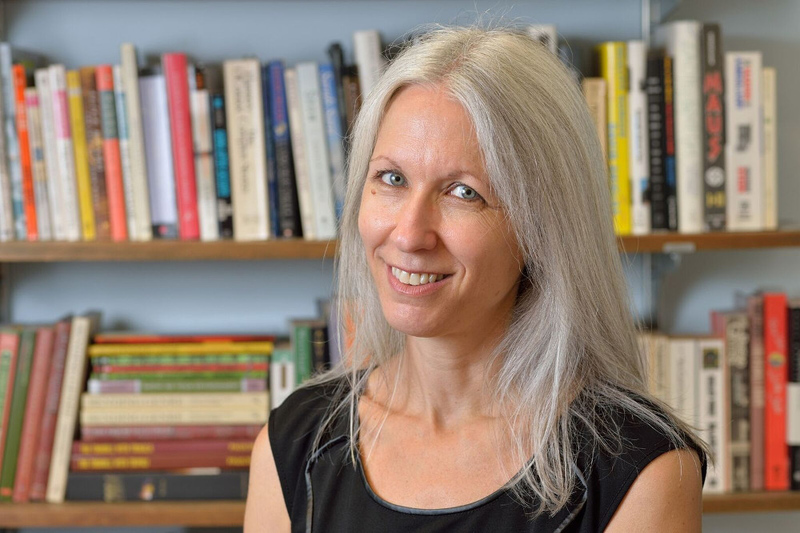 Margot Singer, associate professor of English and the director of the Lisska Center for Scholarly Research, will publish her prize-winning novel in 2017.

“'Underground Fugue' interweaves the stories of four characters who are dislocated by shock waves of personal loss, political violence, and, ultimately, betrayal. Esther, an American recovering from the death of her adolescent son and the seeming dissolution of her marriage, moves to London to care for her dying mother; Lonia, Esther’s mother, is haunted by memories of fleeing Czechoslovakia on the eve of World War II; Javad, their next-door neighbor and an Iranian neuroscientist, struggles to connect with his college-aged son; and Javad’s son, Amir, a self-defined urban explorer, seeks identity and escape from his parents’ bickering. As Esther settles into her new life in London, she becomes fascinated by her neighbors–attracted to Javad and reminded of her own son by Amir. After the 7/7 terrorist attack, Esther “betrays” Amir to the local police. But Amir is no terrorist, and ultimately Esther must confront the consequences of her actions and their connection to the story of her mother’s past.

“In addition to the James Jones First Novel Fellowship, Singer has won the Flannery O’Connor Award for Short Fiction, the Reform Judaism Prize for Jewish Fiction, the Glassgow Prize for Emerging Writers.

"Home is safety, home is sleep, getting enough sleep for possibly the first time in my whole life," says Pam Houston '83.