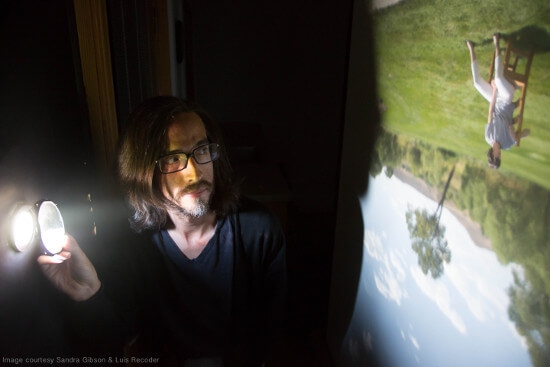 The Department of Cinema at Denison presents an exhibition and symposium

Gibson and Recoder’s “Cinema Obscura,” on view in the Mulberry Mix Gallery from April 4-18, transforms the gallery space into a series of stunning camera obscura installations. The classic camera obscura (Latin for “dark chamber”) is a centuries-old device consisting simply of a darkened space with a hole in one side that admits light, which produces live moving images of whatever is outside the camera obscura on its interior walls. For centuries, the camera obscura has been used in scientific studies of light and optics, to philosophize about the nature of perception, and as a tool for drafting, surveying, and painting, photography, and filmmaking (pinhole cameras – familiar to any grade school science student – are variants of the camera obscura).

Gibson and Recoder’s camera obscura installations reimagine the device as a live cinematic form, which in turn entails a radical rethinking of the nature of cinema as a simultaneously ancient and modern art. Using an array of objects and materials, Gibson and Recoder sculpt the sunlight entering their camera obscuras to create images that are by turns abstract and concrete, minimal and immersive, familiar and mysterious. They write, “our current fascination with the camera obscura has to do with reimagining and recasting this ‘bare’ technological apparatus as the earliest, if not the first, projection of the world, or simply world projection.”

Gibson and Recoder, who also create cinematic sculptural objects and live performances with film projection, have created camera obscura installations in Madison Square Park in New York City, the San Francisco Exploratorium, and the Virginia Center for Creative Arts. Their work has also been featured at the Whitney Museum of American Art, The Kitchen, the Berkeley Art Museum and Pacific Film Archive, the Toronto International Film Festival, the Tate Modern, the Sundance Film Festival, and the Yokohama Museum of Art.

“Obscurus Illuminare” (or, “Lighting Up the Dark”): An Interdisciplinary Symposium.

In connection with Gibson and Recoder’s residency, the Department of Cinema hosts a symposium on the camera obscura’s roles in science, philosophy, and the arts, featuring talks by Gibson and Recoder and faculty from Denison’s Cinema, Studio Art, Physics, and Philosophy departments. Short experimental films made with camera obscuras and pinhole cameras will also be screened.

The symposium takes place from 12:00-4:00pm on Saturday, April 9. It begins at the Mulberry Mix Gallery (202 N. Mulberry Street, Granville) for an hour-long reception at Gibson and Recoder’s “Cinema Obscura” installation, with the artists present. At 1pm, the event moves next door to the Cinema House (201 N. Mulberry Street), for presentations on the camera obscura by Professors Kim Coplin (Provost and Associate Professor of Physics), Jonathan Walley (Associate Professor of Cinema), Sheilah Wilson (Assistant Professor of Art), and an artists’ talk by Gibson and Recoder. A roundtable discussion, moderated by Professor of Philosophy Steve Vogel, closes the symposium.

Both events are free and open to the public. “Cinema Obscura” can be viewed between approximately 10:00am and 4:00pm weekdays (depending in part upon outdoor light conditions, as all images in the exhibition are produced by sunlight). “Obscurus Illuminare” takes place in the screening room of the Cinema House. Light refreshments will be available. For information on both events, contact Professor Jonathan Walley. 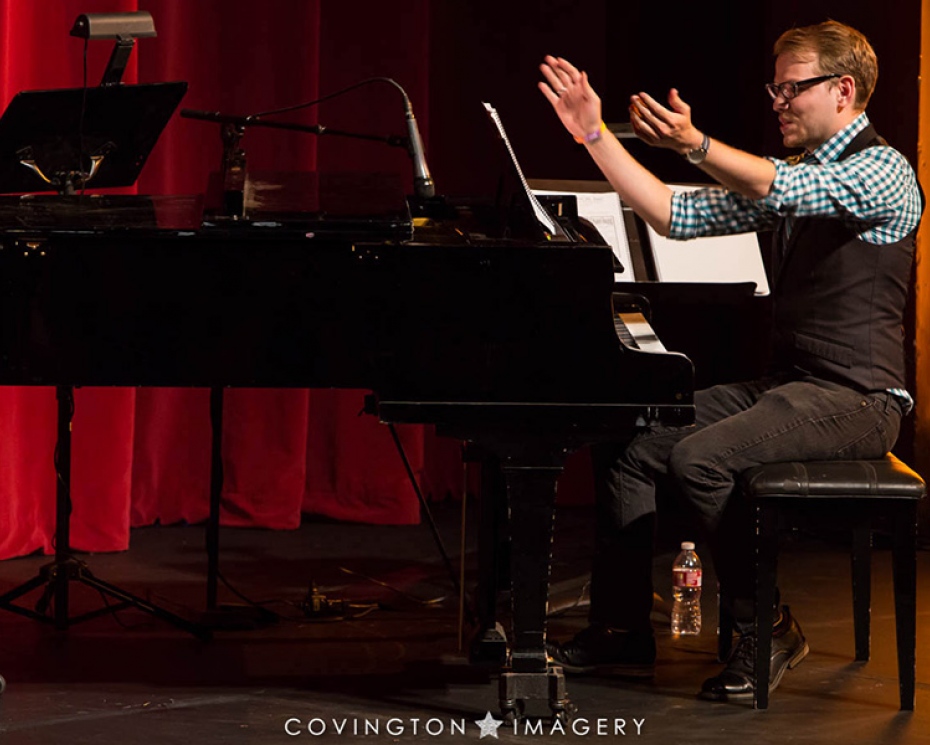