Telling the Story of Amanda Knox 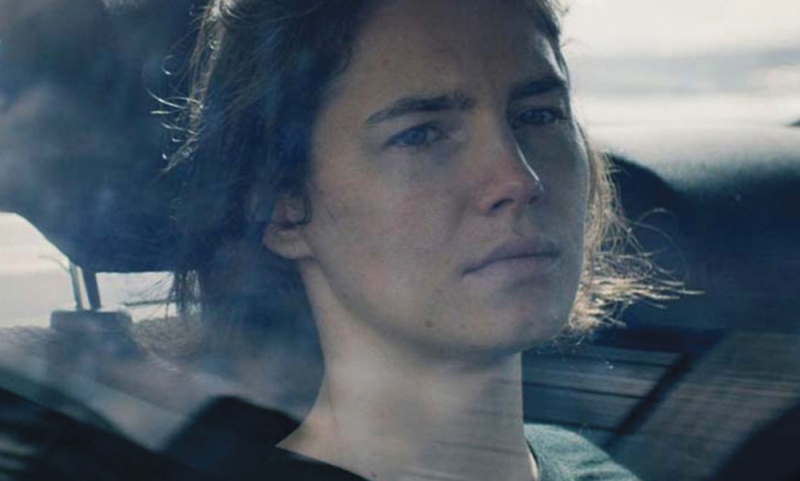 If you logged onto Facebook or Twitter this past fall, it would have been hard to miss the release of a Netflix documentary titled Amanda Knox. It tells the story of Knox, an American who was twice convicted and acquitted of murdering her roommate while abroad in Italy 10 years ago. And, like the trials before it, the movie caused quite the media storm.

Matt Hamachek ’03, who worked on the Oscar-nominated documentary Cartel Land, served as the editor, writer, and co-producer of the film. We spoke with the Brooklyn native when he was on campus for a screening, and we asked him about the philosophy behind Amanda Knox and what it takes to make a documentary.

Almost all your filmography comprises documentaries. What do you find so interesting about that genre?

Docs aren’t scripted. You’re not communicating someone else’s vision. You’re thinking about how to make the story coherent and stick with the audience—what you want them to walk away thinking and feeling. That’s the part that I really love, and it doesn’t get any easier with each film you do. That’s what keeps me coming back. I always tell people that it’s a process with a lot of errors and a few right decisions.

How did your time at Denison form you as a film editor?

As I student, I loved that the film department was so small. You made lasting friendships. My two main cinema professors, Dave Bussan ’81 and Elliot Stout, also had a huge impact on me. Dave taught us how to make videos well, while Elliot showed us that it was okay to make cinema your passion.

I still talk about things that I’ve learned from both of them in the edit room. I used a lot of what I learned in Elliot’s Hitchcock class in Amanda Knox, actually. There are some common themes between Amanda’s story and several Hitchcock films that feature “fish out of water” in foreign countries. That’s what I told the directors when we first spoke, and it appealed to them. So, that’s what we set out to do with the doc. Afterwards, the LA Times actually mentioned Hitchcock in its review, which made me really happy.

Was there a certain point in the process where you realized that you were working on something special?

I knew when I found the hashtag for Amanda Knox before the movie came out and there were 20 to 30 tweets per day. Seven years later and these people were still analyzing every little detail of the case. We thought the movie would be received well, but the actual scale of the response blew us out of the water. We were the No. 1 trending story on Facebook for a couple of days, and we were within the top five stories trending globally on Twitter. People like Seth Rogan and Kim Kardashian were tweeting about it. I can assure you, there are not many docs that I work on that Kim Kardashian comments on.

Did she do it?

I don’t know how much what I think matters, and I’m not trying to be coy. Publicly, I don’t think she did. But I would also hope that we made a movie that can allow people to come to their own conclusions. The substance that we really focused on was the failing of the media to produce quality, truthful content. Perhaps one of the more interesting twists in the movie is how relevant this line of questioning still is, especially considering the 2016 election.

I’m working on a movie called City of Ghosts. It’s about a group of activists in Raqqa, Syria, and how they revolted against ISIS when they invaded the city in 2013, as well as their opposition to the Assad regime. It’s a fascinating story—interesting, timely, and totally different from a crime thriller.

That’s one of the great things about film editing: You spend a year deep-diving into one subject matter, and you learn so much. By the end of the Amanda Knox story, for instance, I learned so much about DNA evidence and Italian law—and I picked up a bit of Italian, too. Now I’m learning about the Middle East, Syria, and everything that’s playing out there. I feel very fortunate to be able to do that as part of my job. I guess it kind of ties back to the method of learning I was shown at Denison—nothing is off limits and everything is valuable.

Taking Flight on His Own

Adam Malinger '02 holds a reading for his script "CRISIS ON INFINITE TEEN DRAMAS" — with stars from actual teen dramas.

Cinema major Logan Floyd '16 is in L.A. pursuing his dream of storytelling through cinematography. Next stop, an MFA at American Film Institute.